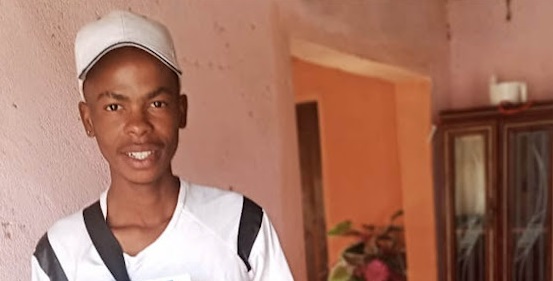 A desk fitted with a thermal sensor to detect any metal weapons brought to school by pupils is what a 21-year-old Limpopo man hopes could help quell violence in schools.

Gift Dibakwane of Praktiseer, Burgersfort, said he came up with the idea as weapons such as knives were increasingly being brought into the classrooms, including in the areas where he lives.

"I have equipped it [desk] with thermal sensor that senses steel and metal. The sensor is linked to the office of the principal through wireless electronic network," he said.

The desk also has other added benefits for pupils such as a calculator, calendar and instruments holder.

The principal of Leolo High School in Praktiseer, William Mathebula, said: "We are happy about the invention and we are intending to buy the desk. We are waiting for the quotation from Gift Dibakwane to see if the school can afford to purchase it."

The school has a history of violence with pupils fighting among themselves. Praktiseer police visited the school to conduct surprise searches to confiscate weapons from unruly pupils.

Dibakwane, a former pupil at the school who won Young Scientist of the Year award for 2018/2019, said his safety desk stood out with all the necessary tools it’s fitted with.

"The table has a storage where learners can put their valuables safe during lunch and weapon sensor to help identify unwanted devices brought by pupils to school," he said.

"The desk has a small tap of water, watch, solar, energetic charger tray plate and bottle of sanitiser.

"The water tank on the table will assist learners not to go out to drink water during school hours."

Dibakwane said the innovation was inspired by his experience of witnessing fights between pupils during his school days.

"I decided to be creative and make smart desk that will help to prevent unnecessary fights happening in schools that end up with one learner stabbing another. It was my effort to help strengthen security in schools.

"I also attended Young Eskom Expo competition where I was inspired to be innovative and creative to be part of the solution for every problem I encounter in life."

Watching a stabbing victim bleed on the Durban beachfront despite two stationary ambulances nearby prompted Blessing Nzuza, 30, to develop a ...
SebenzaLIVE
1 year ago

WATCH | This toilet seat is enabling independence for wheelchair users

WATCH | How this invention is saving thousands of lives

While volunteering at an orphanage in Kenya, Kenton Lee encountered a young girl stumbling along Nairobi’s dusty streets.
SebenzaLIVE
1 year ago

A girl's mission to save the planet

Gcinani Mazibuko (18), from Bethamoya High School in Madadeni near Newcastle, impressed judges at the Eskom Expo for Young Scientists with her Carbon ...
SebenzaLIVE
2 years ago
Next Article