Matjeka has his eyes trained on scourge of rape 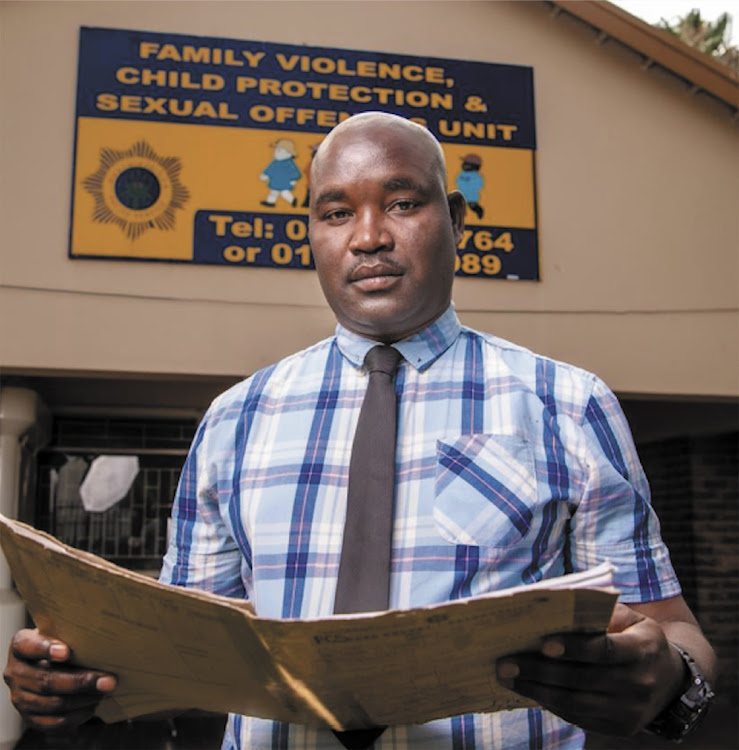 Sergeant Ishmael Matjeka has been instrumental in ensuring that rapists are off the streets.
Image: Vukuzenzele

Sergeant Ishmael Matjeka of the serial and electronic crime investigations (SECI) unit in Limpopo, has made a name for himself for helping put serial rapists behind bars.

Matjeka, 36, collects evidence, interviews witnesses and follows up on any information related to the cases he is working on. He also submits reports to the prosecutors and often testifies in court during trial.

The SECI is a provincial policing unit that falls under the family violence, child protection and sexual offences (FCS) unit of the SA Police Service.

He has done this by using DNA, forensic evidence and by putting together thorough reports for the prosecutors.

“Every time a victim comes to report a rape, the lab collects DNA samples, which it puts on file. If the DNA is identical to other samples they have on file, then it is known that a serial rapist is operating in the area. Once the lab notices this pattern, the case is passed on to us at the SECI.”

What to do if you are raped

Matjeka advises a rape survivor to immediately go to the nearest police station to report the rape. He says that the person must not take a bath, which might destroy DNA evidence. In addition, they must take along the clothes they were wearing, because these too can provide crucial evidence.

He says rape survivors should be given priority at police stations and will be assisted by an officer trained in assisting GBV survivors.

If a victim is able to give a statement before receiving medical treatment, this will be done before the victim is taken to hospital by the police, for a doctor’s examination.

He urges the police and community to work together to solve GBV cases.

“I urge men and women to not only speak out but act against GBV by reporting it to the police before lives are lost.”

To report a rape, call 10111, or visit your nearest police station.

– This article first appeared in the GCIS Vuk'uzenzele

Appearing in court to testify as a victim of Gender-Based Violence (GBV) can be intimidating and stressful, but a court preparation officer can help ...
SebenzaLIVE
5 months ago

A group of concerned men has come together and established an organisation to contribute to the fight against gender-based violence and femicide ...
SebenzaLIVE
6 months ago

Free app to use for GBV potential and existing victims

Vodacom has zero rated its Bright Sky SA app, meaning users will not incur any costs when downloading or using it.
SebenzaLIVE
1 year ago

A partnership between government and the private sector that was launched recently has already secured pledges of R128 million in support of efforts ...
SebenzaLIVE
1 year ago
Next Article