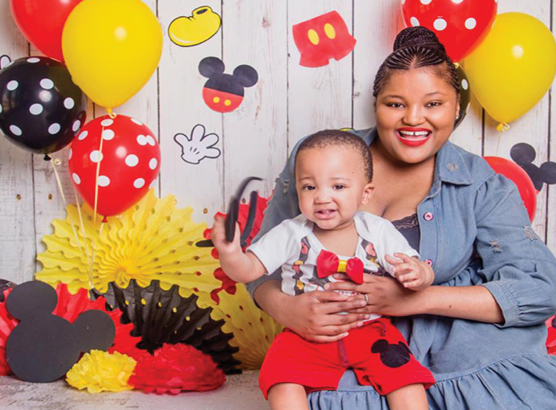 After a healthy and active two trimesters, the last thing Keneiloe Myoli (30) expected was to give birth prematurely.

“This was my first pregnancy, after trying to fall pregnant for close to two years. I underwent multiple tests to see if there was something preventing my pregnancy, and there was nothing wrong,” says Myoli, who resides in Bloemfontein, Free State.

She eventually fell pregnant and had a smooth pregnancy.

“It was only in my third trimester that I was diagnosed with partial placenta previa, meaning I had to stop most of my physical activity and be careful not to rupture my placenta.”

Placenta previa is when a baby’s placenta partially, or totally, covers the mother’s cervix, making natural birth near impossible. It can result in preterm birth, which is when a baby is born before 37 weeks of pregnancy.

“I gave birth at 36 weeks to a boy weighing 2.69kg. Unfortunately, Zukhanye, my son, also developed jaundice three days after he was born because he was a preterm baby.”

Myoli says her son was kept under phototherapy lights, clothed only in a nappy and with his eyes covered.

She says she was advised to feed Zukhanye every three hours so he could develop quicker.

“He had to be watched round the clock because he liked pulling off the glasses and they had to be kept on, as the lights could damage his eyes and blind him,” she says.

“Women are encouraged to comply with the prescribed care recommendations during and after birth such as exclusive breastfeeding and giving babies skin-to-skin contact with the parent,” says Myoli.

Busisiwe Mhlanga is passionate about caring for children and the youth who are less fortunate.
SebenzaLIVE
1 month ago

Appearing in court to testify as a victim of Gender-Based Violence (GBV) can be intimidating and stressful, but a court preparation officer can help ...
SebenzaLIVE
1 month ago

Zion National Park is living proof that nature is the greatest creator.
SebenzaLIVE
1 month ago
Next Article