She reckons winning sheep is in better quality than others 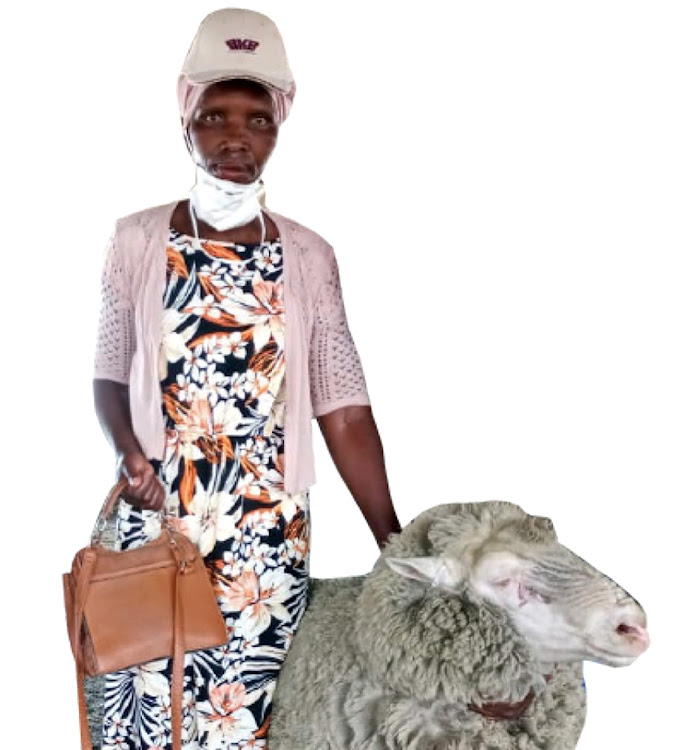 Booi says she feeds her award-winning sheep a protein energy mineral supplement, which is mixed with grated maize.

“My ram is of a better quality than the other sheep in the village because of its special diet,” said the resident of Zundwane village in Dutywa, Eastern Cape.

Booi, who was the only female entrant, won a Dohne Merino ram, animal feed and sheep medication.

She entered after officials from the department of rural development and agrarian reform (DRDAR) visited the region and shared news about the competition with the local farmers.

Booi, who started farming in 2016, said: “It was my first time entering the competition, and I didn’t expect to walk away with the trophy among men.”

The annual competition was started by local sheep farmers who wanted to encourage the purchasing of high-quality rams for breeding.

She said her ram has already produced 10 lambs, which are improving the quality of her stock and they are also used to generate income through wool shearing and milk production.

Booi added that being involved in sheep farming has changed her life and she is now able to provide for her family.

“We want agricultural activities to take centre stage in our economic development in this municipality,” said Janda.

The annual competition is hosted in October.

Farmers who would like to participate in the competition can get information from their local DRDAR extension officers.

Mhlengi Ngcobo (23) is a farmer and social entrepreneur who wishes to see his community prosper.
SebenzaLIVE
1 month ago

Refilwe Manuel (26) grew up in a family of farmers. She was inspired to start farming at age 13 when her parents bought her broiler chickens.
SebenzaLIVE
2 months ago

After many failed business ventures Mashigo has finally found success

Lebogang Mashigo (30) of Mandlethu village in Mpumalanga is a resilient farmer who has seen it all.
SebenzaLIVE
2 months ago
Next Article