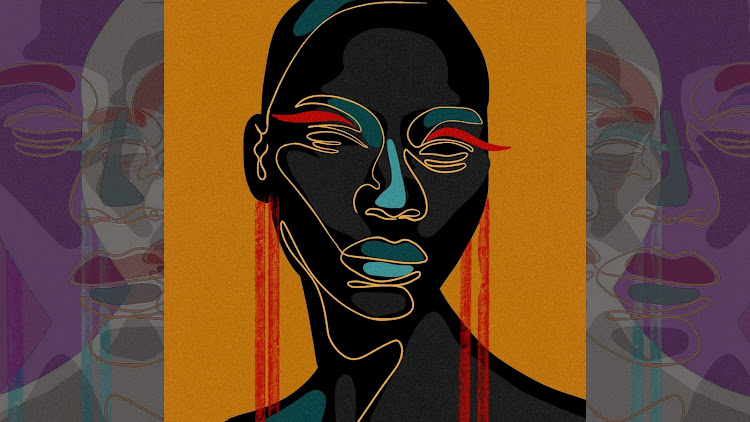 Reclaiming a narrative that was told by history isn’t easy – but it's crucial to reimagining the present.

When misrepresentation of black women was all Naledi Modupi saw, the visual artist sought to overcome these stereotypes in her own work.

Often, she was confronted by depictions of suffering and trauma in relation to people of colour.

Now, Modupi is portraying black women’s strength, and paying homage to those who were told they weren’t enough.

“I think that people of colour are too humble when it comes to rejoicing and sharing our victories, but we allowed our pain and struggle to be documented by others,” Modupi says.

For centuries, the portrayal of black women has been in an unflattering or demeaning light. Sarah Baartman was one of the most well-known black women depicted in art, and was objectified and mocked by Europeans in the early 1800s for her appearance.

“It’s very important to take the narrative beyond that to inspire others, showing people that you can achieve more than what you’ve been told you can,” Modupi says.

Using vibrant colours and flowing organic lines, she highlights that black skin is power and celebrates the individuality of women.

Her art illustrates that they are not to be represented for entertainment, but because they deserve to be recognised.

Driven to rewrite the stories of people of colour, Modupi is ensuring that black women can see themselves as they truly are.

“We are amazing, we can face any challenge. We have been through so much, but we will be able to conquer it all,” she says. “And we’re going to celebrate you.”

In the Rosedale township of the Northern Cape, one of the last fluent speakers of an ancient language remains.
SebenzaLIVE
3 months ago

Every day, the state of our country’s education seems to get worse.
SebenzaLIVE
4 months ago

In the Masiphumelele township in Cape Town, children face numerous difficulties.
SebenzaLIVE
4 months ago
Next Article