These electric boats are rocking the future of sustainability 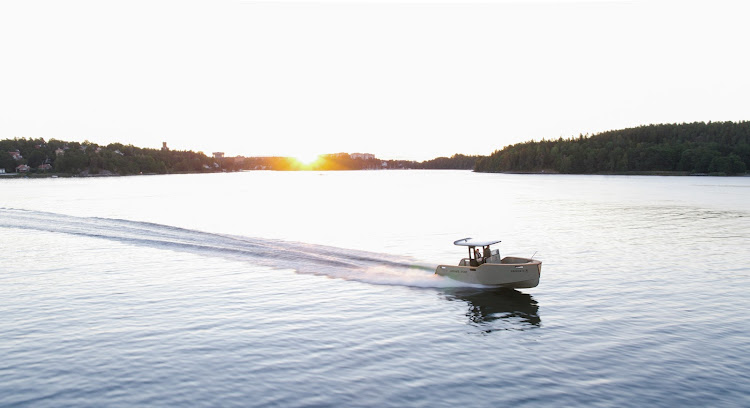 Boating is ingrained in the culture of Sweden. But the leisure activity has a detrimental effect on the ecosystem.

With her team at the company X Shore, Jenny Keisu is on a mission to steer change. According to her, the boating season in Sweden only lasts for three months of the year, yet the carbon dioxide emissions produced are the equivalent to what a car emits in over three years.

To combat this, X Shore has developed fully electric boats. Inspired by the sleek electric eel, their design doesn’t depend on fossil fuels to get it moving.

The result is a low-impact machine that leaves little trace.

“The boating industry is not good at all from an environmental perspective,” Keisu says.

Ships emit gas and oil, while the chemicals used to clean and protect these boats often leak into the water and harm wildlife.

En route, loud vessels can change the underwater soundscape and impact the vocal behaviour of animals. “We can’t expect nature to adapt to us,” Keisu says. “We need to be the ones adapting to nature.”

After three years and seven prototypes, X Shore started rolling out their electric boats in 2018. The 100% electric-powered engines provide a silent journey for up to two hours on a single charge.

Not only do the boats produce zero emissions, but the hulls are also made from recycled plastic.

These vessels are setting innovative trends in the maritime industry. “What we do is to drive the future of sustainable boating,” Keisu says.

Challenging the nature of cruising as we know it, she and her team are allowing people and their environment to live in harmony.

“When we change our way of living, we can achieve a better future for our children,” Keisu says.

All a journalist need is access. But this can be hard to come by.
SebenzaLIVE
1 month ago

WATCH | How these little kids dancing will make your day

Is there any more pure expression of happiness than dance?
SebenzaLIVE
3 months ago
Next Article