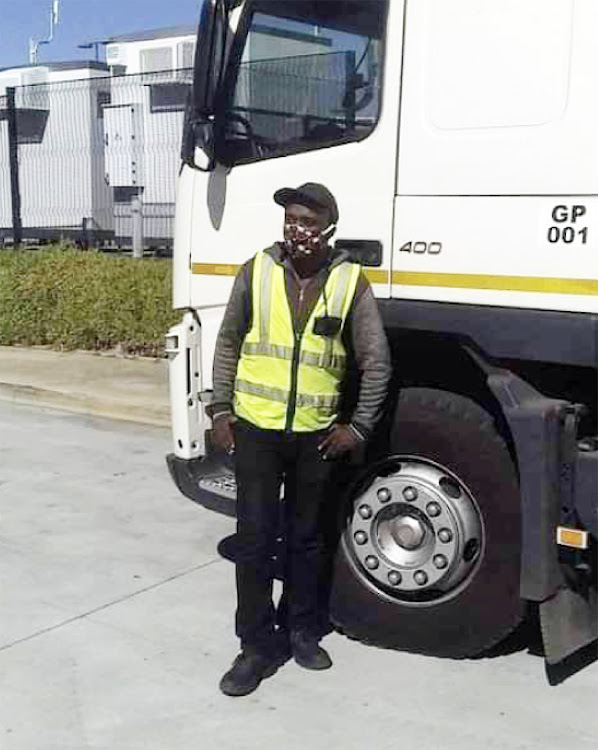 Frank Molongwana has opened his own courier service.
Image: Vukuzenzele

Frank Molongwana, 25, took a leap of faith when he quit his job at a big courier company to launch his own business, Frank Couriers.

At first he used taxis to deliver parcels to clients as he couldn’t afford to buy a vehicle.

“I started Frank Couriers with no money,” he says.

“I used skills gained from previous employment. I worked at a warehouse under short-term contracts before I started working in the logistics field.”

Molongwana, from Ga-Matlala in Limpopo, registered his company in January 2020 but it only started operating in May during the coronavirus hard lockdown. “I used taxis to deliver for a few months then I contracted car owners for local deliveries around Gauteng,” he says.

Frank Couriers delivers parcels door-to-door within three to five days. It has partnered with other local courier companies for Gauteng deliveries in areas its vehicles cannot reach.

The business now has its own truck and has contracted five bakkie car owners in Gauteng for local deliveries.

Molongwana says he is proud to play a part in growing SA’s economy and to be in a position to create jobs.

“My aim is to create more employment for young South Africans and empower them with skills in the logistics field so that they can also start their own courier businesses,” he says.

Molongwana advises aspiring entrepreneurs to start with what they have and where they are before thinking of going big.

“A courier service does not require a lot of capital to start. Those interested in this business need to choose the correct equipment for a courier service,” he says.

"This would be, for example, a truck or bakkie with a courier canopy and a cellphone with GPS. With these you are good to start.”

Molongwana plans to grow his company and expand beyond SA’s borders.

– This article was originally published in the GCIS Vuk'uzenzele

Former airport cleaner getting her wings

Nokuthula Mchunu, 37, a former airport cleaner, is on her way to realising her dream of becoming a pilot.
SebenzaLIVE
3 weeks ago

At the age of 19, Meshack Nchupetsang left his home in Mahikeng with a single-minded goal.
SebenzaLIVE
3 weeks ago

Kwadi (29), from Brits, in North West, is a livestock farmer and recently ventured into vegetable farming and horticulture.
SebenzaLIVE
3 weeks ago

Growing up in Zimbabwe, Tapiwa Guzha ate the fruit and vegetables from his grandmother’s abundant garden.
SebenzaLIVE
3 weeks ago
Next Article