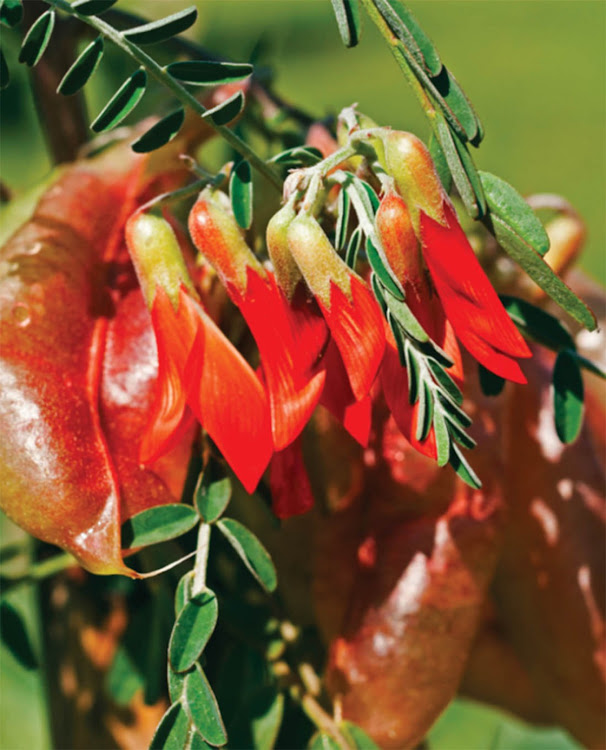 Cancer bush is one of the indigenous plants from which products are being developed.
Image: Supplied

Cancer bush is one of the indigenous plants from which products are being developed.

Trishen Reddy and Lucia Sethunya, who are both junior researchers and process technologists at the CSIR, are part of the Indigenous Knowledge Systems Research Programme (IKS) that helps communities, producers and traditional healers produce safe, quality products.

The team works with plants found in Southern African countries, such as Namibia, Lesotho, Botswana and SA.

The Traditional Healers’ Committee approached the CSIR with indigenous knowledge of umsuzwane, which inspired the research.

“The CSIR developed a technique to extract and enhance the compounds found in the plant on a commercial scale, and it is available on the market,” says Reddy.

She adds that the CSIR identified a novel chemical compound that repels mosquitos and filed for a patent in SA.

It also entered into a benefit sharing agreement with the Traditional Healers’ Committee and applied for a bio-prospecting permit to commercialise the technology.

Other plants that have been researched are Siphonochilus aethiopicus (African ginger) and Sutherlandia frutescens (cancer bush), which were produced as teas to use in traditional medicine to treat colds and flu.

“The team invites stakeholders to see what equipment is needed and how to use it, to ensure the products are produced to the same quality and safety standards.

“We also train communities and stakeholders to use equipment to develop plant-based products, leading to transferable technologies and skills creation.”

Sethunya adds that the team made a jelly using Aloe castanea (sekgopha or cat’s tail Aloe) that is used in skin remedies to moisturise and protect the skin.

They also developed a tissue oil from Moringa oleifera (tree of life) that has antimicrobial and antioxidant properties and is used to smoothen, soften and moisturise skin.

It was Prof Nokwanda Makunga's famous botanist father and mother, who was a gardener, that instilled the love of all things green in her.
News
9 months ago

The Limpopo province is known for its lush forests, national parks, fruit farms and heritage sites - but lately its green image has come under threat ...
News
1 year ago

The Covid-19 pandemic has presented a new business venture to some villagers in Mpumalanga, Limpopo and the Eastern Cape.
News
2 years ago
Next Article