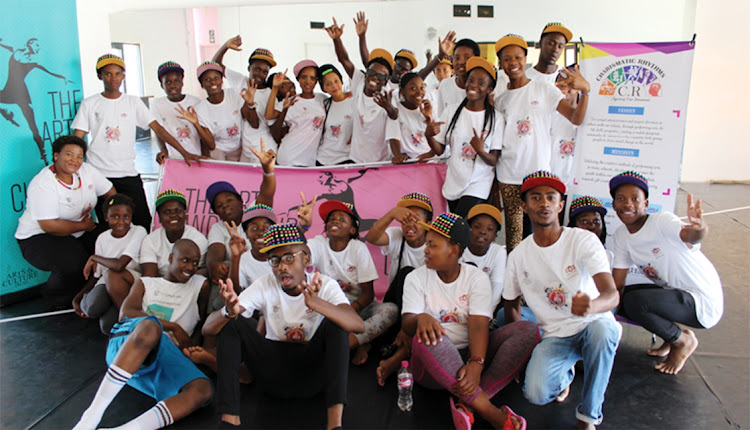 Charismatic Rhythms is opening up a world of possibilities for young people in Limpopo through the arts.
Image: VUKUZENZELE

Limpopo-based non-profit organisation Charismatic Rhythms is helping to develop the youth through performance art and a life skills programme.

Founded by Kagiso Kekana in Makhado, Limpopo in 2015, the organisation offers opportunities to young emerging artists from marginalised communities to be educated and formally trained in the arts.

The organisation is currently facilitating the art in schools programme, which uses creative arts to train, educate, develop and empower the youth, contributing to job creation and reducing poverty.

The programme was piloted last year. It is funded by the National Arts Council and the presidential employment stimulus programme, which form part of the government’s economic reconstruction and recovery plan to respond to unemployment.

So far, over 80 learners have benefited from the programme and eight jobs have been created.

Kekana, who is a role model and an example to many in her community, was born in Soweto.

While she can be described as a philanthropist, songstress, songwriter, performer, storyteller or even a youth development leader, labels do not concern her.

“I am passionate about the arts and a supporter of young people who show an appetite for development.

“My earliest memory of the arts is being part of the Lion King concert in nursery school. At home, I would sing and dance to music tapes that my parents played.”

She was involved in artistic activities at church, which sparked a passion for the arts from a young age.

Kekana relocated to Limpopo in 2012. She joined a local church and identified a need for the youth choir to be further developed.

“I asked the pastor if I could volunteer. That’s where my vision began, as young people from the community wanted to join in.”

Charismatic Rhythms received its first funding from the Arts and Culture Trust in 2016 to pilot the artistic excursion project. The project took 30 beneficiaries on a tour of art hubs, institutions and production houses to learn about the industry.

In 2017, Charismatic Rhythms was also awarded seed funding from the department of sport, arts and culture and Business and Arts South Africa debut programme, and started a performance art project in commemoration of Youth Day.

Kekana’s message to the youth is for them to believe in their vision.

“Everything always works out, sometimes even better than you imagined,” she said.

A drama group is working to instil an interest in the arts in school-going children from Soshanguve in Gauteng, by sharing its knowledge of acting ...
SebenzaLIVE
1 month ago

Words can only do so much.
SebenzaLIVE
1 month ago

Young artist takes success into his hands after rejection

Self-taught artist Anathi Nkanyuza, 25, founded a mobile art gallery to showcase his work after established galleries turned him away because he was ...
SebenzaLIVE
5 months ago
Next Article