Nkanyuza was continually turned away by galleries

Young artist takes success into his hands after rejection 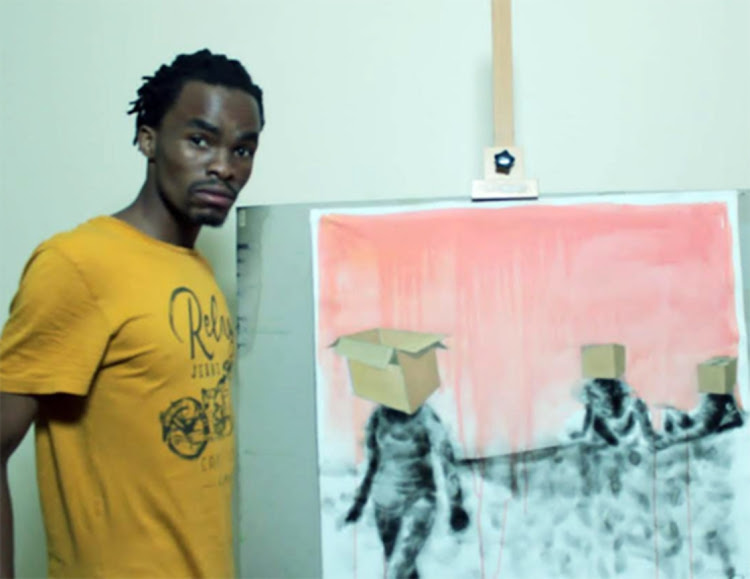 Anathi Nkanyuza is passionate about art and has turned it into a business.
Image: VUKUZENZELE

Self-taught artist Anathi Nkanyuza, 25, founded a mobile art gallery to showcase his work after established galleries turned him away because he was not professionally trained.

Born and raised in Mbulukhweza in Tsomo in the Eastern Cape, Nkanyuza established Elpee's Art Gallery in Tshwane in 2013. The gallery specialises in pop-up and gallery-based exhibitions.

“I also noticed a need to create a platform for emerging artists and to collaborate with other artists,” says Nkanyuza, who regards himself as a socio-political artist and is well known for his smoke or fumage art. Smoke art drawings are created with smoke using different fire-starting tools.

“My work is mostly influenced by social issues and political factors. I specialise in visual art, such as drawing or sketching, using smoke or fumage, pastels and charcoal. I also specialise in painting with watercolour, acrylic and oil paints and sculpting with clay, paper and wood,” says Nkanyuza.

Since discovering smoke or fumage art in 2015, his focus is mainly on mastering smoke, but he uses other mediums for commissioned work.

The Fourth Industrial Revolution has come with great benefits for Nkanyuza’s gallery, which mostly markets its work on social media.

“Social media platforms are an easy way for brands to push their products. I have built a strong brand for myself, using only social media. That is how big media houses got to know about me,” he says.

Nkanyuza participated in the South African State Theatre’s Education, Youth and Children Theatre in 2017, which played a big role in uplifting him as an artist and gave him an opportunity to fulfil his long-term dream of going to the National Arts Festival in Makhanda, in the Eastern Cape.

He also received funding from the National Youth Development Agency, which helped him buy the equipment needed to start an online show.

“I was able to transition into the digital space with ArtFfection – a reality show where I collaborate with emerging artists to create art,” he says.

Watch season one on YouTube. Search for Elpee’s Art Gallery or ArtFfection.

The Coronavirus Disease and nationwide lockdown highlighted the need for food security in the country’s most vulnerable communities.
SebenzaLIVE
1 year ago

A clothing brand from the streets

From selling clothes on the streets from a backpack to owning a clothing brand, Vusumuzi Makhubo has done it all in just four years.
SebenzaLIVE
1 year ago
Next Article