Catching them young for the love of the beautiful game 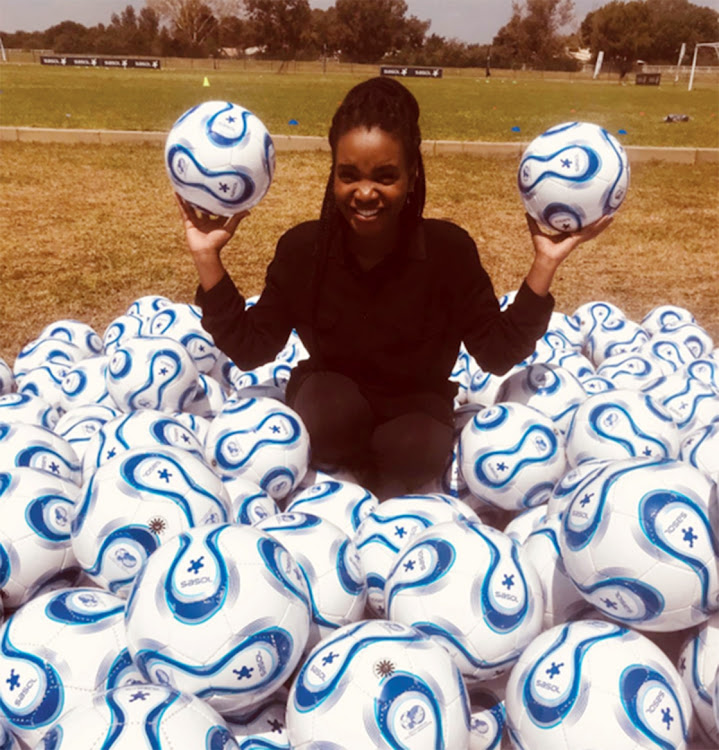 Up-and-coming soccer players in parts of rural KwaZulu-Natal are benefitting from a sport enthusiast’s passion for soccer development.

eSikhawini resident Nozibusiso Sibiya, 28, through her Nozibusiso Foundation, has helped equip soccer teams with kits, balls and training and has given them the opportunity to be scouted by professional soccer teams, both in SA and abroad.

Sibiya says she does this by getting companies to sponsor soccer teams in need. “The development of football at a grassroots level is crucial to grow the sport in communities and, ultimately, at a national level. If kids get the basics right from a young age, we can groom them into soccer players able to compete against the world’s best,” she says.

Having access to the correct clothes and equipment ensures that youngsters who come from poor families are not discouraged from pursuing a soccer career, she says.

“If players see their peers wearing the latest kit while they can’t afford a pair of boots, they might just quit. When players play barefoot, they risk serious injury that could end their careers at a very young age.

“Having access to soccer balls helps develop technical skills. If a team has more than one soccer ball, it means that during training, all the players can refine their handling of the ball.”

In 2019, Sibiya hosted a tournament for under-15 boys and girls in KwaMbonambi, KZN, where National First Division league team Royal Kings conducted training classes for the young players.

At the same tournament, one of the youngsters was spotted by the coach of the Durban-based outfit and, according to Sibiya, is set to join Royal Kings’ development structures as soon as the lockdown is lifted.

Another of Sibiya’s youngsters is being scouted by a Danish team. “Just before the lockdown, I was contacted by an agent looking to sign up one of the young players I sponsor.”

Sibiya says she is working on a deal with one of the country’s leading deodorant manufacturers to sponsor soccer kits and balls for all 11 youth teams that play under the KwaMbonambi Local Football Association.

After sending out his CV with no luck of securing a job for six years, an Ekurhuleni man ignored the raised eyebrows of friends and family by opting ...
SebenzaLIVE
1 year ago

Supporting black businesses by buying their products during a Buy Black Week could result in more than R7bn being circulated in black communities.
SebenzaLIVE
1 year ago
Next Article