Makabane holds the keys to her new home 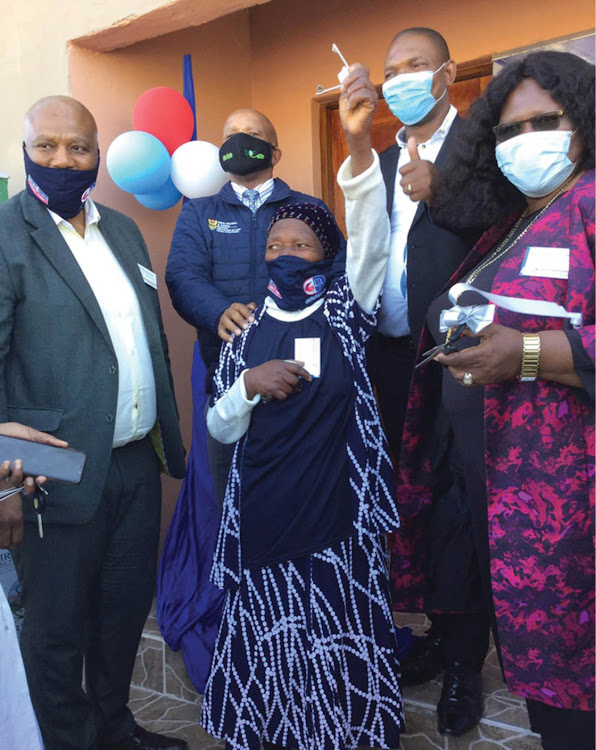 Jubilation! As Nomciciyelo Makabane holds the keys to her new home.
Image: SUPPLIED

Nomciciyelo Makabane, 62, now has a new home, thanks to a group of young artisans who were trained by the department of higher education and training’s (DHET) National Skills Fund.

Based in Khwebulana village in Cofimvaba, Eastern Cape, Makabane now lives in a five-room house that has three bedrooms, a kitchen and a storage room.

“The house is big enough to accommodate me and my family," said Makabane

In the past, Makabane was living with relatives and family friends. There was also a time when she lived in a mud house which was later destroyed by rain.

Makabane and her family are delighted to have a roof over their head which has also brought them dignity.

The construction of Makabane's house forms part of a programme funded by the DHET, in partnership with construction company Grinaker-LTA. The programme sought to train young people who had an interest in becoming artisans. The youth were trained in carpentry, brick-laying, plastering and tiling, concrete mixing and form work.

Carpentry trainee Hlumela Gxoko, 29, says the skills she learned from the programme have enabled her to take up odd jobs that require a carpenter. Gxoko is one of the young people who helped build Makabane’s home.

Gxoko also added that she was happy to have received the training because she can now install built-in cupboards, doors, roofs and ceilings.

“As much as I knew about construction, this training equipped me with skills that I previously did not have. I am now using these skills in my community to generate an income,” she says.

Gxoko is one of the 240 young people who graduated from the programme in the Intsika Yethu local municipality.

The construction of the house was part of showing the skills that the trainees had gained from the programme.

Novuyo Mbembe was delighted to move into the state-of-the-art new social housing facility in Kempton Park yesterday after two and half years of ...
News
11 months ago
Next Article