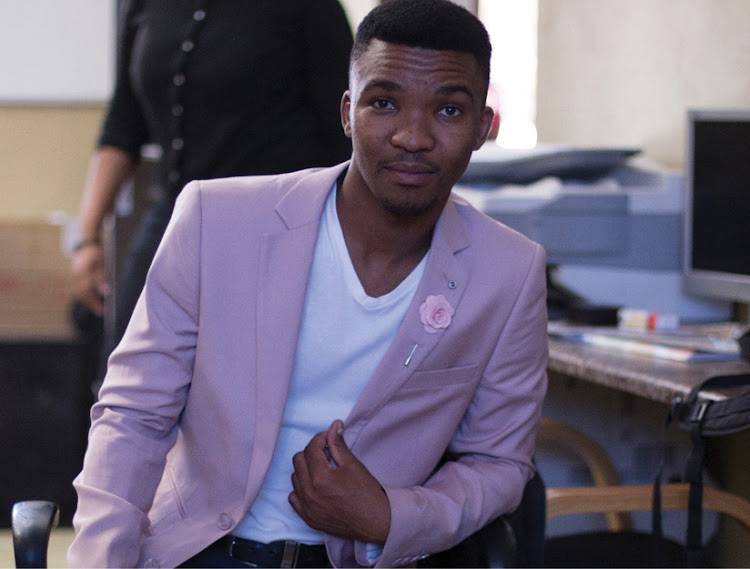 Lesego Mocumi, who grew up witnessing abuse, chose a career in social work to help the community and play a part in ending gender-based violence.
Image: Supplied.

Lesego Mocumi (25) of Bloemfontein in the Free State says experiencing domestic violence first-hand as a child motivated him to become a social worker.

Mocumi is one of almost 100 newly appointed social workers who, along with 533 nurses, now work for the provincial government. They have been tasked with combatting the coronavirus (COVID-19) and other health risks and social ills.

“I chose this career consciously, knowing that God has given me purpose – to be a source of help in other people’s lives. I deal directly with people who need their hope to be restored because their rights have been violated,” he says.

He obtained his social work qualification in 2018 and before accepting this new position, volunteered as a radio presenter at a local radio station and also at a local non-profit organisation, which later offered him a four-month internship.

Mocumi is determined to help those who are experiencing violence and abuse in their homes.

“Gender-based violence (GBV) is also a pandemic. I encourage members of the community to speak out. Being silent when you see other people being victimised and abused is as good as a criminal act because you are indirectly promoting acts of abuse,” he says.

Mocumi also encourages victims of GBV to find the strength to speak out. “You need to prioritise your life and ask for help,” he says.

Perpetrators also need to ask for help to address the frustrations and issues that make them abusive. “There is another way of resolving issues, apart from violence,” he says.

As a child, seeing a loved one being abused was horrible for Mocumi because there was nothing he could do to help.

“I had no strength to fight back. It was brutal. I believe I was broken inside. Until I met Christ who changed my life and that of my family, and now we are at peace. It was not a healthy environment for children to witness abuse. However, I have healed over time. My parents have also made peace and  are at peace, and they are living in harmony with one another,” he says.

He said abuse should not be justified. Men should not abuse women and children. No one has a right to lay a hand on another person.

“Abuse is dehumanising women and children. I cherish the presence of women anywhere because they bring warmth and love wherever they are. Killing them is like taking our own lives as men,” he says.

According to Mocumi, men should also tell their stories and look for professional help in order to stop their abusive behavior.

An information and communication technology (ICT) company is spreading its wings after realising that the coronavirus (COVID-19) will force people to ...
SebenzaLIVE
2 years ago

Khethi Ngwenya (29) from Germiston saw a gap in the market after realising there is a shortage of the bottles and screw caps needed to meet the rapid ...
SebenzaLIVE
2 years ago
Next Article