The ups and downs of farming 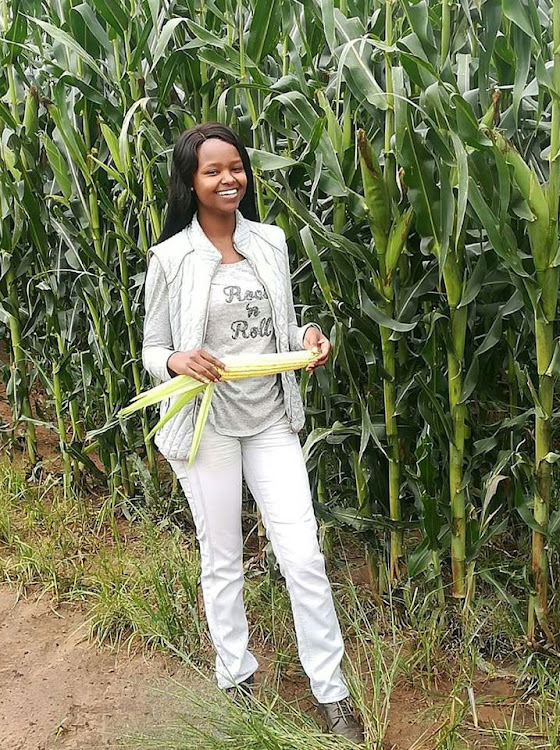 The Ermelo-based farmer leases two farms; one in her hometown; where she grows crops, and the other in Lothair; where she raises sheep.

Despite only starting farming in 2016, Mbokane already has a year-on-year maize contract with SAB.

She is part of the FarmSol programme, which is an SAB Thrive Fund initiative aimed at funding Agri-SMMEs; providing technical training and support to emerging farmers; giving access to modern production inputs and patient financing to qualifying enterprises and enabling emerging farmers to find a route to market for their produce.

“FarmSol mentors us and helps us with training. It also assists us in taking samples of the maize and soil.” Mbokane was financially unable to study further after matric but knew that agriculture held many opportunities for people with the will to work hard.

“I started farming because I saw a gap that young people should explore and I went for it.”

Mbokane employs three permanent staff members and hires 15 seasonal employees during peak periods. She is looking to expand her operations to include cattle and vegetables once she has secured her own land and farming equipment.

Having her own tractors, for instance, will enable her to plant on time whereas with hired equipment, she can only plant when the tractor owner has finished his planting.

Mbokane started the farm with her mother’s pension payout and said that young people need not wait for a big break before making a start on their farming dream. “Start with the little that you have, even if it’s the garden in your backyard, and grow from there,” she said.

Kgothatso Montjane is a big deal. She’s the first black woman South African to compete at Wimbledon – and she did it in a wheelchair.
SebenzaLIVE
1 year ago

With tools that help businesses organise their sites or show results on customer satisfaction, Google tools have been a great help to multiple users ...
SebenzaLIVE
1 year ago

WATCH |Extending an olive branch to uplift a community

Could extending an olive branch give children the roots to flourish.
SebenzaLIVE
1 year ago
Next Article