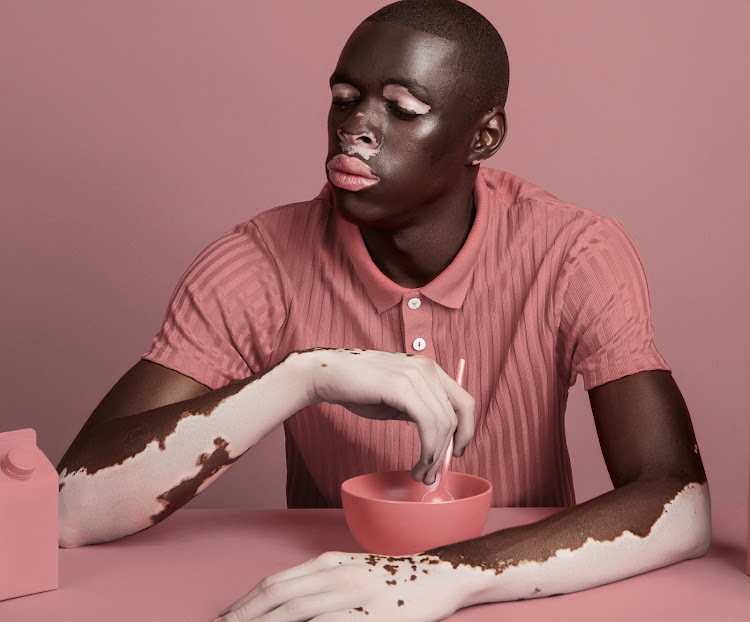 See those stylish images on social media? They don’t portray the diversity of this world.

As a fashion photographer, Justin Dingwall recognised a lack of inclusivity. But he had the power to take action. “I believe I have responsibility to change conversations,” Dingwall says.

So he began teaming up with people who don’t fit the standard, people with stories to tell. His collaborations allow a person’s individuality to inform aesthetics.

The result is a deconstruction not just of perceptions, but societal beliefs.

Dingwall seeks to bring deliberately ignored topics to the surface. “It is important to have a message within my work,” he says.

When Thando Hopa approached him to do a shoot, Dingwall turned his camera to the narrow ideas of beauty. The series Albus portrays Hopa and Sanele Xaba, both models with albinism, in a selection of metaphoric images that confront discrimination.

In light of migration challenges, Dingwall focused his attention on xenophobia in Fly by night, using the figure of the black swan to symbolise marginalisation and the fight for acceptance.

With his latest series, A seat at the table, Dingwall captures Moostapha Saidi, a model with vitiligo. Bejewelled and covered in googly eyes, Saidi is a spectacle gazing back at other’s perceptions of him. Dingwall’s work both interrogates the viewer and celebrates difference.

As a counter-narrative to pervasive and harmful views, his images illustrate the humanity of people. “Society needs to open up their eyes,” Dingwall says.

Neither objectifying nor simply displaying his subjects, he tells stories that are compelling and empowering. “It’s important that we’re able and allowed to see things differently,” Dingwall says.

When we expose ourselves to the intricacies of the world, we discover beauty beyond what meets the eye.

WATCH |Why stick to the limits? This freestyle footballer is changing the game

Khris Njokwana whips and flips the soccer ball with the ease of a hacky sack.
SebenzaLIVE
1 year ago

WATCH |From dire poverty to failing matric, a turbulent start won’t keep these pilots down

Sisipho Nofemele heard the helicopter whirr and rushed outside to investigate.
SebenzaLIVE
1 year ago
Next Article