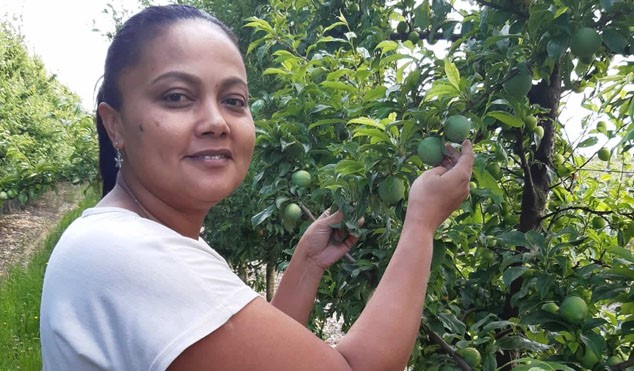 An award-winning farming enterprise is opening doors of opportunities for its employees.

Based in Grabouw in the Western Cape, Nitaflo (Pty) Ltd, trading as Protea Farm, employs 23 permanent staff members, 12 of whom are young people, and 30 seasonal workers.

She explained that her father was a farmworker who received skills training that helped him run the Protea Farm which has now been turned into a family business.

“Watching my father succeed from farmworker to farm owner motivated my decision to also empower my employees.” Siegels also said that her staff members participated in an irrigation training session hosted by the Department of Rural Development and Land Reform (DRDLR) and also underwent firefighting training.

At the beginning of 2019, one of the farm’s general workers indicated that he hoped to study further and not only was he assisted with his application, but Protea Farm also helped his adult daughter with her application.

Siegels and her family received the farm through a 30-year lease agreement in 2013 as part of the DRDLR’s Proactive Land Acquisition Strategy programme.

Siegels was also the 2019 Top Entrepreneur: Commercial in the Western Cape round of the Department of Agriculture, Forestry and Fisheries’ Female Entrepreneur Awards.

She said in 2019 they planted apples on an additional seven hectares of land and plums on 10 hectares of the 74.68-hectare farm. Protea’s plums and apples are packaged and exported to Europe and Thailand. The farm also supplies apples to Appletiser.

Farming has not been without its challenges, said Siegels. In 2017, they lost over R2.5 million in the drought that hit the Western Cape, which prompted them to find alternative water supply sources.

Today, the farm has two dams, a borehole, water rights from the Groenland Irrigation Board and access to water from the Kromme River.

Siegels said she hopes that her farm can play its part in developing the agriculture industry in the area. “We need to show people that agriculture is important. It can improve their lives,” she said.

Pangolins eat around 90 times a night. They also consume more than 50 million insects in a year.
SebenzaLIVE
2 years ago

The Buyelekhaya Festival is one of the Eastern Cape’s hottest but the real heat of this year’s celebrations are cooking at the fashion studio of ...
SebenzaLIVE
2 years ago
Next Article