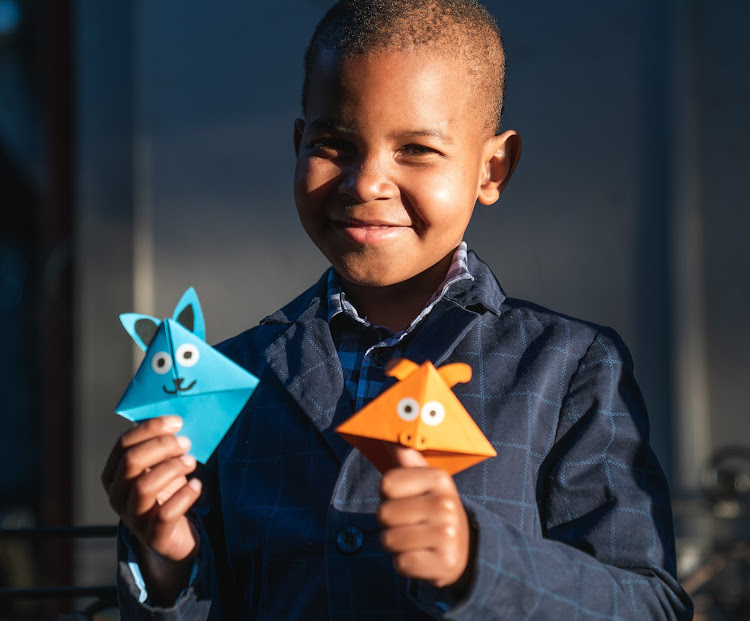 After seeing people living on the street, the seven-year-old resolved to start his own business, create jobs, and combat poverty. Not when he’s older.

Now. Mabitsela is set on his goal, and is already building a stationery empire from the ground up. “I want to inspire the nation,” he says.

The budding mogul trades in handmade bookmarks, which he calls quirk quirks. “The way we make it is with creative stuff,” he says with aplomb.

Using an array of craft materials, Mabitsela fashions the bookmarks from origami animals ranging from birds to pigs, as well as emojis and television characters. He sells them for R10 each, along with other stationery through his company Quirk Quirk Inc.

So far, Mabitsela has sold over a thousand quirk quirks, and even recruited two friends to help with the growing demand.

“The more people who order, the more people I hire,” he says. Mabitsela plans to expand his initiative in the future, designing an assortment of products and partnering with courier companies.

Committed to his dream, the precocious entrepreneur shows what it means to pursue a venture for the greater good. It takes creativity to tackle South Africa’s problems. And this boy means business.

WATCH |The man sheltering hundreds of strays, even when he had no home

Shaygam Newman doesn’t have much. But the little he has, he gives endlessly to over 200 stray creatures. Every animal finds love and care with Newman.
SebenzaLIVE
1 year ago

DJ Doo Wop shows how to keep winning in all lanes

Khetsiwe “DJ DooWop” Morgan has proven that being a master of all trades can be a viable pursuit.
SebenzaLIVE
1 year ago
Next Article