WATCH |From dire poverty to failing matric, a turbulent start won’t keep these pilots down 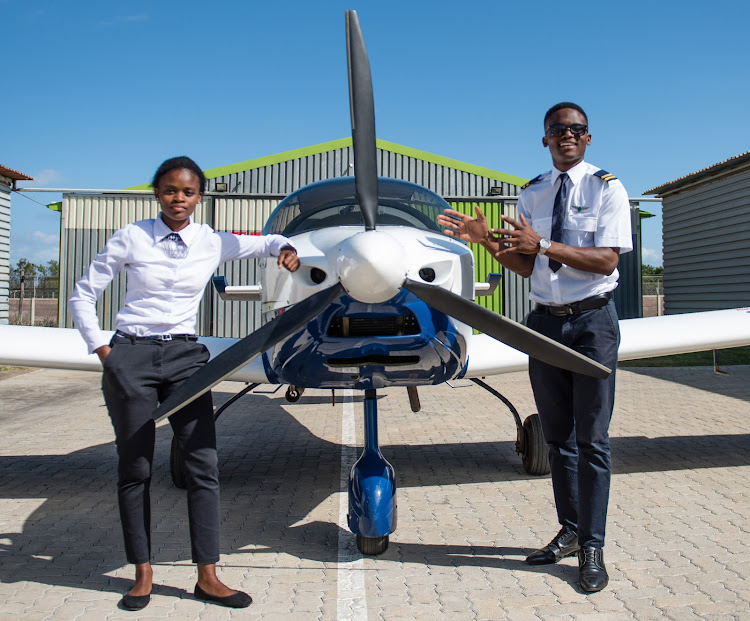 Sisipho Nofemele heard the helicopter whirr and rushed outside to investigate. Miles away, Siyakholwa Zazini sat on a shack floor, carefully constructing a paper jet.

The paths of these seven-year-olds would not cross for a few years, but this is how their dreams of flying began. As they grew older, harbouring aspirations of being in the air, neither of them believed it was possible.

“I thought I had my head up in the clouds because we couldn’t afford it,” Nofemele says.

Attending flight school and acquiring a pilot’s licence involves extraordinary costs – the reason for the disproportionate percentage of black pilots in South Africa.

Zazini grew up facing dire circumstances. His parents struggled with alcoholism, leaving his grandmother to raise him. Sometimes, Zazini had to survive off one meal a day provided by his school’s nutrition programme.

In spite of that, his desire to achieve was even greater. But when Zazini sat down for his matric exams in 2014, he failed. It was a blow for the young dreamer. He knew he was capable of more. So Zazini returned to school and rewrote his final year while simultaneously working as a supermarket shelf packer.

This time, he was driven by a plan. Zazini went directly to the airport, asking questions until someone paid attention. Sipho Mangesi, the owner of a company that assists budding pilots from disadvantaged backgrounds, took him under his wing. With his assistance, Zazini secured funding from the Eastern Cape's Office of the Premier to study aviation.

Nofemele’s route also faced complications. She left her home in the Eastern Cape and moved to Pretoria to study at Loutzavia Flight Training Centre.

Though her family supported her dreams, her grandmother even contributing her pension, there wasn’t enough money and Nofemele was forced to stop studying.

The pilot-in-training knew she had the aptitude – she just needed the chance to soar. So Nofemele made her bid to the Premier, who recognised the potential of this quietly confident, goal-driven woman.

“When I got funding to become a pilot I felt so humbled,” she says.

Nofemele is currently enrolled at the Border Aviation Club and Flight School under the mentorship of Zazini, who recently qualified there.

“Receiving my private pilot’s license was proof that hard work pays off,” he says.

- This article was originally published in the Beautiful News SA.