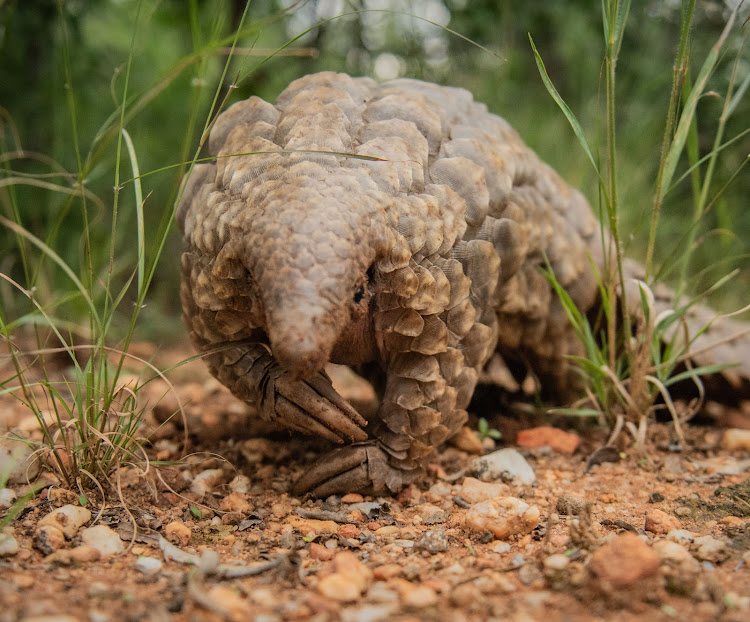 Pangolins eat around 90 times a night. They also consume more than 50 million insects in a year.

Think that’s impressive? Their appetite isn’t even their most interesting characteristic. When threatened, the nocturnal animals tuck in their limbs and curl into a ball.

As an added defence tactic, they can easily slice through skin by thrashing their tails. But it’s still not enough to escape their greatest predator – humans.

Thousands of pangolins are poached every year. The black market creates a thriving demand for these animals.

Their meat is considered a delicacy among the elite in China and Vietnam, while traditional Eastern healers use their scales in an attempt to treat ailments. Though these concepts are outdated and unwarranted, they’ve made pangolins the world’s most trafficked mammal.

So what hope do these endangered creatures have? Their plight is caused by humans, but their survival is in our hands too.

The Johannesburg Wildlife Veterinary Hospital is one of the establishments rehabilitating pangolins that were rescued from poachers. After the mammals are nursed back to health, they can return to the savannah while still being monitored.

These animals may be tough, but the impetus to protect them needs to be stronger. A pangolin’s principal defence is our efforts to save them.

It’s not every day that you come across a celebrity launching a restaurant or of late Maps Maponyane has joined the list with his famous Buns Out.
SebenzaLIVE
2 years ago
Next Article