DJ Doo Wop shows how to keep winning in all lanes 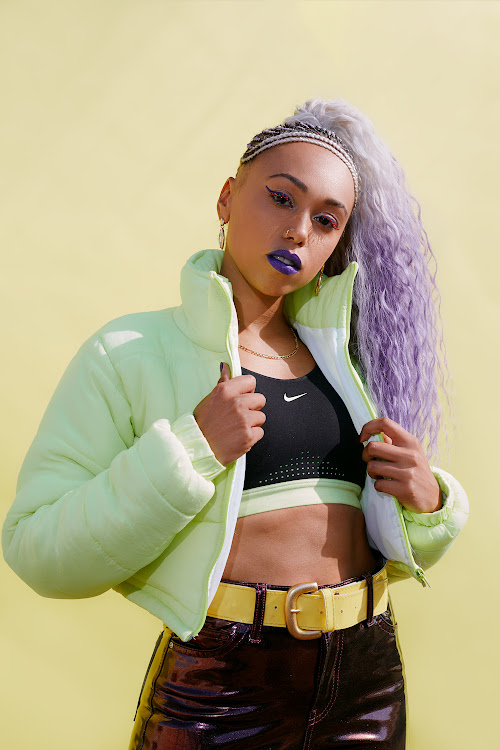 Khetsiwe “DJ DooWop” Morgan has proven that being a master of all trades can be a viable pursuit.

Following the release of her debut EP Mood Swings, the multi talented artist continues her track on all winning lanes. Having already earned her stripes as a presenter and hair artist, the enigmatic performer’s album is a culmination of the many skills she has acquired.

“I started with the deejaying and then I put in the dancing. My thing is that I want to put together a beautiful performance where everyone becomes part of it. I always felt I needed my own original music to really make it feel good.”

Mixing Zulu, French and Portugese, Doo Wop also uses a chakalaka of hip hop, gqom and electronica in the inescapably African flavours of her singles.

Her influences for the album were 80s pop disco icons including Whitney Houston and Madonna.

However, she is not limited to music made for the nearest club but also hopes to create soundtracks for movies.

“No particular kind of movie but I guess anime which has always been a huge influence in my life, would be high on that list of goals. Having my songs played in series on Netflix and similar platforms is also a dream of mine. I hope this music journey and EP enable me to create memorable shows around the world alongside some of the artists on my EP, along with some crazy visuals, amazing dancers and out of this world styling and wardrobe.”

Doo Wop’s album includes features from the distinctive rapper, Mr All of It and eccentric vocalist Koeksister.

It’s not every day that you come across a celebrity launching a restaurant or of late Maps Maponyane has joined the list with his famous Buns Out.
SebenzaLIVE
2 years ago