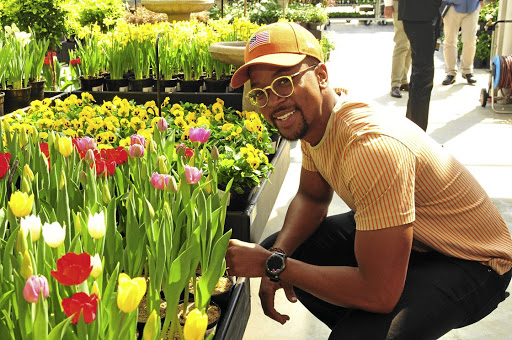 It’s not every day that you come across a celebrity launching a restaurant or of late Maps Maponyane has joined the list with his famous Buns Out.

However, Maponyane is not the only celebrity who’s making a fortune from the business of food. Here are five celebrities who are flexing their culinary skills with restaurant businesses:

Getting dance floors lit is more than expected from the popular DJ but with the launch of his very own restaurant, Shimza is set to serve some serious artisanal cuisine. The restaurant which is based in Tembisa, Kempton Park, where he was born boasts an assortment of cocktails and creative eats.

When he is not making people laugh, So You Think You Are Funny star comedian Sifiso Nene has also opened his own comedy club to keep the laughs going. Originally The Goliath Club, Nene has now made the space his own.

Well-travelled music producer and house musician, DJ Oskido chose to flex his business skills with an Asian themed restaurant. While it may not be his brainchild, the franchise has existed since 1987 as the first Asian restaurant in South Africa which Oskido has carried the legacy for with his very own launch.

South Africa’s first family of reality TV has entertained many with their antics on their hit show, The Ranakas but it is Lapeng La Ranaka that really brings a hell of a flavour to the infamous family. As a qualified chef and caterer, the food is the brainchild of Siba Ranaka who heads the restaurant.

When strolling around in Melville, Johannesburg, one might be enchanted by the bars, restaurants and clothing shops in the area.
SebenzaLIVE
2 years ago

One of the most respected activists in the country said she hopes the global recognition she has been given will inspire other African women to speak ...
SebenzaLIVE
2 years ago
Next Article