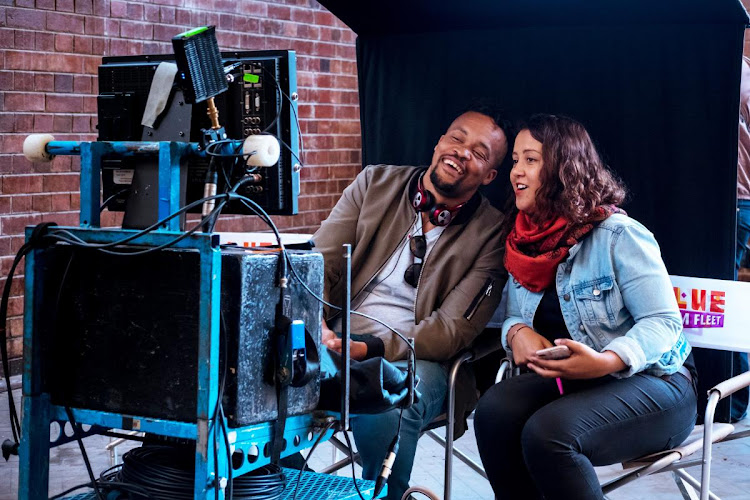 Film maker Jahmil Qubeka is passionate about African stories and respects the African art of story-telling.

Born in the Eastern Cape, Qubeka has strong ties with the province. His latest film Knuckle City is a crime story set in the Mdantsane boxing tradition.

“We had our international premier of the film at the Toronto International Film Festival recently. The film had three public screenings which were packed to the rafters. It was also screened for the world's press and has to date received a 100 percent score on the Rotten Tomatoes website,” said the film maker.

Qubeka said it was time African stories came to the fore. “Our perspective as Africans has been placed on the back burner for the past 2000 years. It’s evident that the mother continent has a story to tell. If I can be a vessel to depict grain of its message then I will die a very happy man,” he said.

Jahmil Qubeka with Layla Swart the producers and co-owners of Yellowbone Entertainment.

Qubeka is also the co-owner of Yellowbone Entertainment, a production house that was instrumental in the production of Knuckle City.

He said that film-making is the craft of doers. His advice to aspiring film-makers is simply: “Stop aspiring and begin to do. This is a quest that requires an unbridled, self-sacrificing pursuit of its infinite spoils.”

Knuckle City has also 'garnered much hype' at the Durban International Film Festival. It will be released in South African cinemas on 27 December 2019.

“The ECDC has made a significant investment in three of my feature films, of which two have been selected to represent South Africa in the race for nomination for Best International Feature Film at the Oscars,” said Qubeka.

This is in addition to marketing support and the festival attendance required for these films. Qubeka said advances in film distribution models, particularly streaming services, is a game-changer and bodes well for the growth of the South African film industry.

Qubeka commented that the South African film industry will grow rapidly with corresponding advancements in policy and administration and less bureaucracy.

A genealogist carries out research into the genealogical background of individuals or families in order to establish descent from specific ancestors ...
SebenzaLIVE
2 years ago

Fashion is a trend that comes and goes and good fashion buyers are able to predict or force the next trend or fashion.
SebenzaLIVE
2 years ago
Next Article