From Disney to David Tlale: how designer Sihle Masango is owning his fashion dream 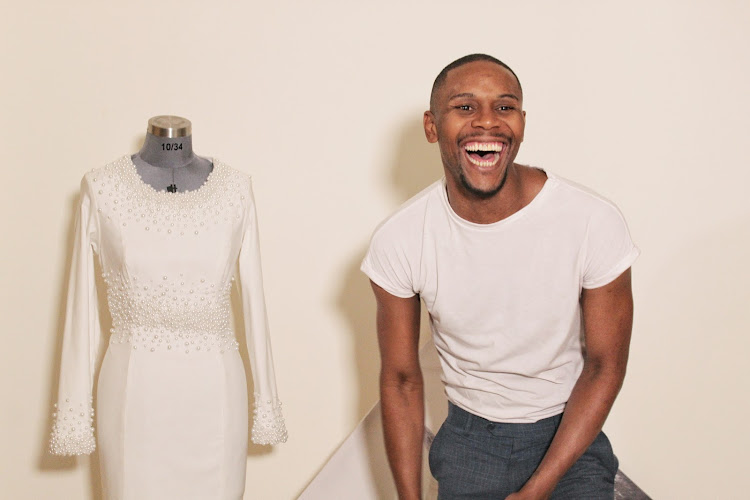 Strewn seams and layaway fabric skirt around the immaculate home of designer Sihle Masango. While many of us have the advantage of leaving our work in the office, Masango’s home is where his labour is.

Masango, his eponymous brand, features garments dominated with bold colours, striking prints and and daring designs that have caught the attention of the likes of famed rapper Priddy Ugly.

As a young child growing up in Shoshanguve, Masango fell in love with design when he saw the animated adaptation of Cinderella.

“Cinderella was the death of me. I was six years old, my mother was an English teacher so she always brought me books,” says Masango. “I also had the VHS cassette and I remember how animated the dress was. The way it moved sparked something in me.”

From Cinderella fantasies to design school, Masango quickly worked his way up to becoming the head of his own fashion brand. To earn his dues Masango interned with noted fashion designer David Tlale and worked his way up as his assistant designer. However, this was not the perfect fit.

“I remember David calling me in and he said ‘I feel like we are no longer connecting,’ and I said I feel like that too,” shares Masango, noting that it was Tlale who encouraged him to take a bold step towards starting his own label.

“I was also becoming belligerent at work, talking back, popping gum,” Masango says, adding that Tlale is still a great mentor of his.

With a motto cheering on “more is more”, Masango’s designs can be seen on SA’s biggest stars including reality star Brinnette Seopela, actress Bontle Modiselle and entertainer Rorisang Thandekiso.

While it has been wise to work with well-known stars, Masango says that acquiring clout from influencers should be heavily scrutinised.

“I always tell them if you are not Bonang, you are not an influencer. Just because you wear my clothes does not mean I will get sales from it,” says Masango, “you’re actually influencing squat. You are not Kim Kardashian who puts on a lipstick and it sells out, that phenomenon does not happen in South Africa.”

Masango will be showcasing his designs at AFI Fashion Week taking place October 10 to 12.

Thozamile Mciki suffered a great injury at just eight months of age. While alone in the bedroom, he was injured after falling off the bed and onto ...
SebenzaLIVE
2 years ago

Siphesihle Kwetana (25), a budding agricultural entrepreneur from the rural Eastern Cape town of Cofimvaba, is growing a bright future for herself.
SebenzaLIVE
2 years ago
Next Article