Upholding traditions of umqobothi made instant and accessible 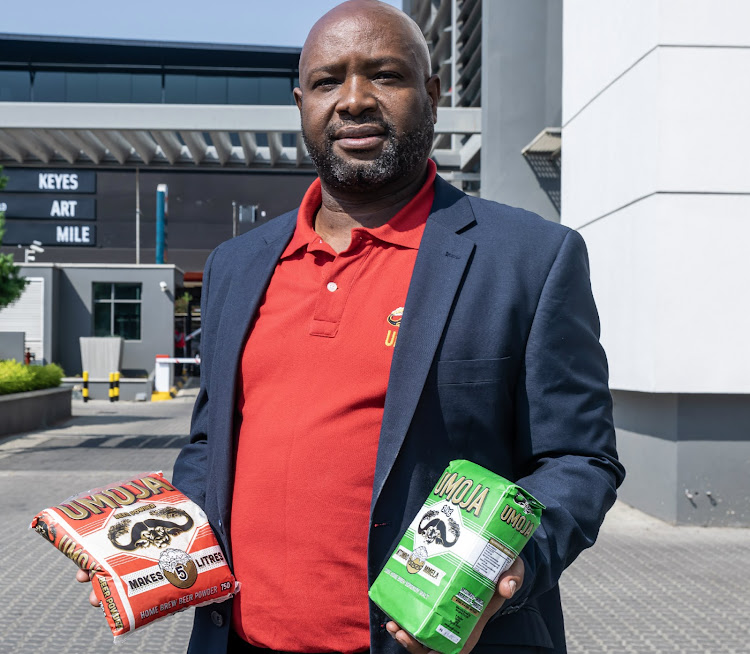 When it comes to superfoods and keeping a healthy diet, not many people know how to include healthier options in their diet nor are they keen to.

However, the previously mentioned also tend to be pricey. Luckily, traditional beer has been an African answer to superfoods.

While it might take a long time as a laborious affair, there is now an easier way to enjoy traditional beer outside of ceremonies and your nearest shebeen.

Maanda Mphaphuli has found a solution to the problem with his business, Sorgho, which has modernised traditional beermaking. No longer making the process behind brewing a toil of five days, Mphaphuli’s Umoja Beer Powder can be crafted in just over 24 hours. This was especially vital for Mphaphuli who noted that the custom of creating sorghum beer and porridge were becoming archaic.

“You can ask any young person now if they know how to make traditional beer and they don’t,” says Mphaphuli. “We have lost that tradition of passing that knowledge from one generation to another.”

While it is possible to create an instant sorghum beer, Mphaphuli notes the importance of crafting it over time without interrupting the natural concentration of maize and sugar.

By creating an instant solution that cuts down the labour behind crafting the traditional beer, Mphaphuli is confident that this will uphold the tradition behind the beverage that is popular among multiple South African customs.

“We do not have any preservatives in our beer, we wanted to make sure it is prepared the traditional way,” says Mphaphuli.

As a superfood, traditional beer, otherwise known as umqobothi, is typically made from a mixture of yeast, maize and water.

Umoja Beer Powder and the Umoja Sorghum Malt are currently available in over 230 stores in the country.

Getting a formal education did not stop Indalio Nubian Naturals owner and founder Smangele Sibisi from expressing her talent at a larger scale.
SebenzaLIVE
2 years ago
Next Article