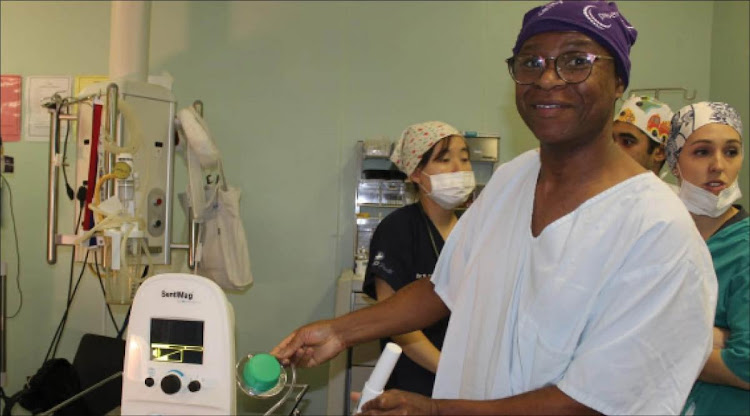 Dr Moses Witbooi from Khayelitsha Hospital who is part of the team of doctors that work in the breast oncology clinic.
Image: Supplied.

A breast oncology clinic that recently opened at the Khayelitsha Hospital has saved the life of Lizzy Mgquba.

Mgquba (67) said she received a lifesaving single mastectomy at the clinic last year, after her GP discovered a tumour in her armpit and referred her to the Tygerberg Hospital, which in turn sent her to the oncology unit, which is closer to her home.

Speaking from her Khayelitsha home, Mgquba said that with the clinic close by, her treatment was made easier. The trips to Tygerberg Hospital would have been a costly and time-consuming exercise, she said.

“The oncology clinic has very good facilities and the doctors know what they are doing. I am very happy with the service that I received there,” she said.

The clinic was opened in partnership with Tygerberg Hospital. “Due to the large number of people requiring breast oncology services, many patients often experience long waiting times to receive their much-needed treatment.

“To address this, the surgical team at Khayelitsha Hospital, in collaboration with Tygerberg Hospital Breast Unit, started a breast cancer surgery project,” said Sithembiso Magubane, a communications officer for the Western Cape Department of Health.

A surgeon at Khayelitsha Hospital, Dr Austin Goliath, said the establishment of the clinic has resulted in a more effective breast cancer response and has eased the pressure on Tygerberg Hospital, which is the only facility in the region to provide mammography services.

Dr Goliath said people in the community had shown increased awareness of the symptoms of breast cancer but he encouraged more young people to do self-examinations for lumps.

“Regular breast self-examination is the way to go. If detected earlier, we are able to provide treatment earlier, which means a better chance of survival because the disease is easier to treat when in its early stages.”

The clinic currently operates once a week. Dr Goliath said over time they plan to expand its operating hours and also to treat other forms of cancer.

The collection of trophies and the preservation of animals are probably as old as man’s history.
SebenzaLIVE
2 years ago

Sebenza: Behind the Hustle is a podcast that unravels the work that goes into the most inspiring careers and difficult journeys that aim to educate, ...
SebenzaLIVE
2 years ago
Next Article