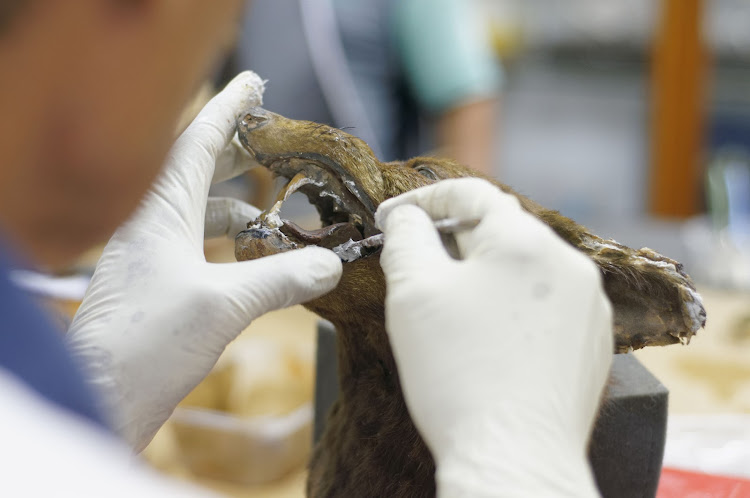 The collection of trophies and the preservation of animals are probably as old as man’s history. The earliest preparation methods were mainly a matter of drying or embalming a dead biological object to restore it to what it looked like when alive.

Possibly the oldest record of true taxidermy refers to birds which were mounted during the 16th century in Holland and a rhinoceros which was mounted in Italy in about 1600.

Taxidermists use their artistic abilities and knowledge of the technical processes to create preserved animals that look as life-like as possible. Taxidermy methods have changed considerably through the ages. Extensive use is made of dermo-sculpture, which entails making a plaster of Paris mould, fitting the tanned damp skin over the cast, gluing it and keeping it in place during the drying process by means of pins and various methods of bandaging.

A recent advance in taxidermy is the freeze-drying method, where the animal is placed in a life-like position and frozen, the moisture is then vacuum-extracted from the frozen specimen which has been positioned in a lifelike posture. In this way neither skinning nor the making of an artificial body is necessary.

The frozen body remains, without shrinking, in its original form. This method is very successful in the case of invertebrates, reptiles and fish. It can also be combined with the more traditional methods of mounting birds and mammals in order to prevent shrinkage of, for instance, bird’s feet or the fleshy parts on the head, lips and noses of small mammals.

Another successful method of preserving fish, reptiles and invertebrates is to create plaster of Paris moulds, which taxidermists paint to look life-like.

They are sometimes called upon to do fieldwork to collect animal and bird specimens, although they usually work indoors, in workshops or museums.

Here's how palaeontologists study the remains of ancient life

Analysis begins with the anatomical description, measurement and drawing of a fossil.
SebenzaLIVE
2 years ago

Here's how naturopaths use alternative medicine to promote self-healing

A naturopath treats illnesses and practice preventive medicine by using nutrition, herbalism, homoeopathy, iridology and other natural therapies.
SebenzaLIVE
2 years ago
Next Article