Collecting waste can help to fill up your wallet 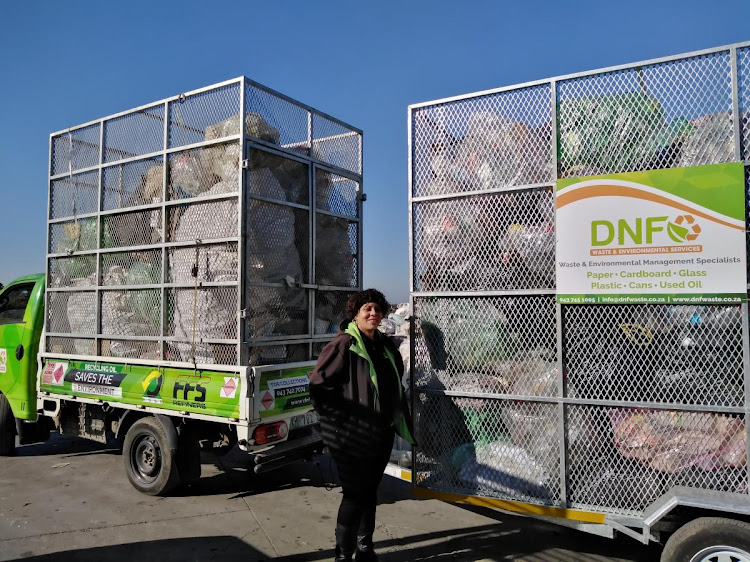 In 11 years, Deidre Nxumalo-Freeman’s recycling business has grown from a one-woman initiative into a formidable, well-diversified operation that handles a wide range of recyclables.

She said the waste industry in South Africa contributed over R24 billion to the economy in 2016 and there is still large scope for growth.

Nxumalo-Freeman said of the 54 million tons of waste produced every year, 62 percent ends up in landfills, which are detrimental to the environment.

The DNF All Hands on Waste Recycling Programme aims to minimise and divert the amount of waste that ends up in landfills. It does this through the implementation of practical recycling solutions, said Nxumalo-Freeman.

“We mainly collect used motor oil and have a 47 000-litre tank for used oil. FFS Refiners collects the used oil and transports it to Durban for refining. We also sell used cooking oil that we collect from local businesses to bio-diesel producers.”

“We have grown so much with the support of BCM and local businesses. We service almost 2 000 vendors and on a monthly basis recycle 350 tons of waste which would have ended up in landfill sites. When I started as a consultant, it was just me and now we have 28 employees,” said Nxumalo-Freeman.

Ramaphosa in BCM in March for creating awareness about recycling in communities.

“People are now seeing the value of recycling. We collect about 20 tons from communities and expect volumes to grow."

She said community members can bring recyclables and get money in their bank account from her company.

The company also collects recyclables from schools and at the end of the year, transfers rebates into each school’s account.

In 2014 Ulrich Le Kay started experimenting with cooking as a hobby.
SebenzaLIVE
3 years ago

Noted for her TV and radio work, Zizo Tshwete is easily one of the most cherished and successful media professionals in Southern Africa.
SebenzaLIVE
3 years ago

Here's how naturopaths use alternative medicine to promote self-healing

A naturopath treats illnesses and practice preventive medicine by using nutrition, herbalism, homoeopathy, iridology and other natural therapies.
SebenzaLIVE
3 years ago
Next Article