Here's how land surveyors work include data for engineering, mapmaking and construction projects 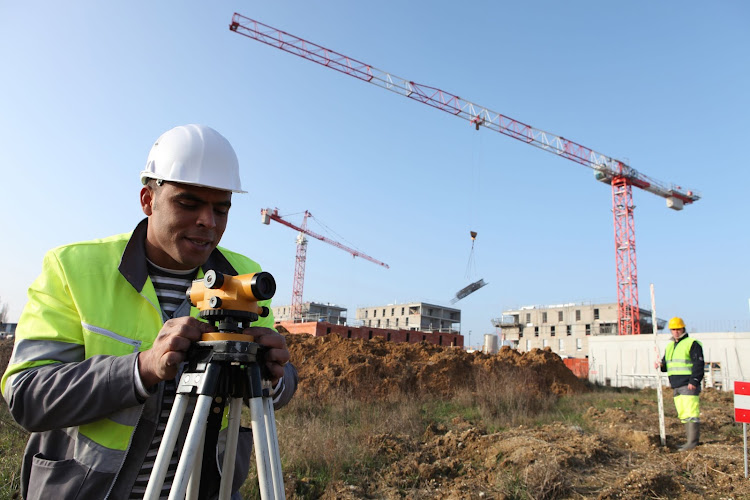 Surveyors make precise measurements to determine property boundaries used in the making of maps basic to all construction planning and development.

Land surveyors participate in the planning and construction of roads, railways, power lines, canals, engineering structures, buildings and townships. Their work is also indispensable when it comes to preparing data on the measurements of lakes, rivers and the coastline. Areas of specialisation include:

Topographical surveys: preparing maps which show the physical features of the land and on the land.

Geodetic surveying: ascertains the size and shape of our planet. The main function of this is to provide a framework of beacons according to the degree of latitude and longitude to which any other surveys and maps can be connected. Geodetic surveys also involve measuring vast areas of land to determine national boundaries.

Cartography: mapmaking is done by means of photogrammetry and the maps are processed by cartography for reproduction and distribution. Cartographers provide map-users with information in an understandable and useful form.

Cadastral surveying: involves the measuring of property, such as the planning of towns, cities, farms and sectional title properties and their subdivision. By law, it is the exclusive function of land surveyors to do cadastral surveying and in so doing, they make an important contribution to the socio-economic development of the country.

Hydrographical and oceanographic surveying: concerns mapping the marine environment or under-sea topography. Hydrographers work in close cooperation with harbour engineers and oceanographers. They also do positioning at sea and update maps to show danger zones.

Land surveyors or geodetic engineers divide their time between fieldwork, to measure the terrain, and office work to process the information and further developments, and then do more field work, setting out on the ground what they have designed on paper.

Surveyors usually work outdoors at the region to be surveyed. In South Africa, it is probably one of the most satisfying jobs, offering enjoyable working conditions in the open air. Some work, such as computing, planning and preparing plans, maps charts and reports, is done in the office.

Diploma: Surveying - CPUT After completion of their formal education, surveyors start with in-service training of 270 days. This is divided into 135 days of cadastral surveying and 135 days of non-cadastral surveying, under the supervision of a registered land surveyor who will be responsible for the practical training.

The final 45 days of this practical training is spent at one of the regional Surveyor-General’s offices where preparation for the examination is survey law, and the surveying test takes place.

After candidates have passed the examination and survey tests, graduates are entitled to practise as land surveyors, after registering with the SA Council for Professional and Technical Surveyors (PLATO).

Qualifications that are recognised as the required academic qualification to allow registration are listed on the PLATO website. Graduates with one of the listed qualifications only need to submit their diplomas/degrees and record of practical experience to apply for the law exam and registration.

Persons with other relevant qualifications will need to submit all their academic records including curricula and lecture hours for each particular course to PLATO for consideration.

We'll help you find the right career
SebenzaLIVE
2 years ago

Here's everything that you need to know about banking

Banking has changed dramatically over recent years and now offers some of the broadest career opportunities in the financial sector.
SebenzaLIVE
2 years ago

Tasks often include overseeing waste management schemes, such as at landfill sites.
SebenzaLIVE
2 years ago
Next Article