Here's how actors can make an impression on casting agencies 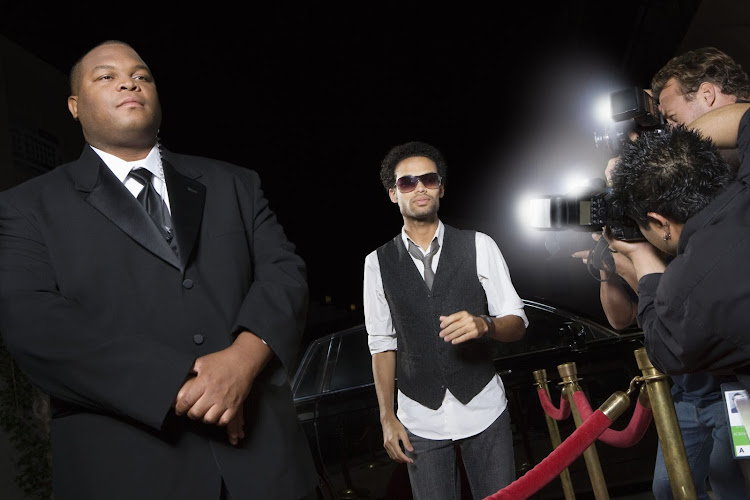 Most actors struggle to find steady work; only a few ever achieve recognition as stars. Some well-known, experienced performers may be cast in supporting roles. Others work as "extras," with no lines to deliver, or make brief, 'cameo' appearances, speaking only one or two lines. Some actors do voiceover and narration work for advertisements, animated features, books on tape, and other electronic media. They also teach in high school or university drama departments, acting conservatories, or public programs.

Actors work under constant pressure. Many face stress from the continual need to find their next job. To succeed, they need patience and commitment to their craft. Actors strive to deliver flawless performances, often while working under undesirable and unpleasant conditions.

Acting assignments typically are short-term, ranging from one day to a few months, which means that actors frequently experience long periods of unemployment between jobs. The uncertain nature of the work results in unpredictable earnings and intense competition for even the lowest-paid jobs.

Often actors, producers and directors must hold other jobs in order to sustain a living. When performing, actors typically work long, irregular hours.

For example, stage actors may perform one show at night while rehearsing another during the day. They also might travel with a show when it tours the country.

Movie actors may work on location, sometimes under adverse weather conditions, and spend considerable time in their trailers or dressing rooms waiting to perform their scenes. Actors who perform in a television series often appear on camera with little preparation time, because scripts tend to be revised frequently or even written moments before taping.

Those who appear live or before a studio audience must be able to handle impromptu situations and calmly ad-lib, or substitute, lines when necessary. Evening and weekend work is a regular part of a stage actor’s life. On weekends, more than one performance may be held per day. Actors and directors working on movies or television programmes, especially those who shoot on location, may work in the early morning or late evening hours to film night scenes or tape scenes inside public facilities outside of normal business hours.

Actors should be in good physical condition and have the necessary stamina and coordination to move about theatre stages and large movie and television studio lots. They also need to manoeuvre about complex technical sets while staying in character and projecting their voices audibly. Actors must be fit to endure heat from stage or studio lights and the weight of heavy costumes.

Actors may be involved in any of the following:

Live theatre: The actor performs on stage for purposes of entertaining and makes great use of exaggerated movements and voice projection.

Film and television: The actor performs in a filming studio for cameras. This field requires the use of more subtle body movements and facial expressions for the close-up angle of the camera.

Radio production: The actor performs for a listening audience and uses voice modulation and intonation in order to create the desired expression.

Education: Actors use their performing skills to convey important information to the audience in an effective way, in order to teach or instruct.

Industrial theatre: This form of theatre is unique to South Africa. The actor communicates in different environments (factory floors, boardrooms, hills, beaches, next to campfires) performing for diverse audiences. Acting techniques may also depend on the type of role an actor plays. Different skills are required for a comedian from those for serious dramatic roles.

Versatility in other areas of dramatic performance, for instance dancing and singing skills, also increase employment opportunities. In order to find work, actors need to attend auditions where they demonstrate their acting ability. Actors are required to attend long rehearsals and memorise lines and cues. In addition, they may have to attend special classes (in dancing or singing, for example) if this is required for the part. The job may involve travel if performances go on tour or filmed productions are to be shot at different locations. Many actors must rely on other jobs while waiting to get an acting part.

Employment opportunities for actors depend on many factors, some of which include: level of talent; lucky breaks - or being in the right place at the right time to be ‘discovered’; opportunities to work with good directors and in good plays or films; economic conditions.

Degree: A BA in Drama, Dramatic Art and Stage Craft, Speech and Drama, etc., can be followed at the following universities: UP, Wits, UFS, UCT, RU, US, UKZN. Universities also offer various postgraduate and diploma courses.

Diploma: The N.Dip. Drama and the N.Dip. Theatre Crafts are offered at TUT, DUT. TUT also offers the BTech. Drama degree and the BTech. Theatre Technology degree. The duration of each of these degrees is four years. The initial diploma courses extend over three years. Postgraduate courses are also offered at the Tshwane University of Technology.

All the above-mentioned courses incorporate practical acting and theatre productions as part of their training. Students are given broad training in every aspect of the actor’s art and are introduced to all periods of theatre.Before admission to these courses, prospective students must first pass an audition. Strict evaluation is necessary since they are career-orientated courses, which train professional artists for a highly competitive industry.

Urban and regional planners focus on improving the living conditions of people.
SebenzaLIVE
3 years ago

Here's how to become the best radio and television announcer

Newsreaders prepare and deliver news, sports and/or weather reports, gathering and rewriting material so that it will convey the required information ...
SebenzaLIVE
3 years ago
Next Article