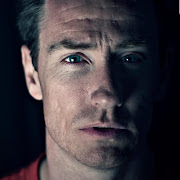 Image: Instagram Gareth Carter, addictions councilor and director at We Do Recover

This stat affects many including young go-getters who use these for a multitude of reasons.We speak to Addictions Counselor and currently works for rehabilitation centre, We Do Recover.

To understand the drug addiction we speak to Gogo* who is currently dealing with the difficulties of her unemployed son fighting drug abuse.

Gogo shares how her son's addiction developed and how it has affected her family since.

Gogo shares that her son, Akhe, started using drugs at the age of 14 while he was living with his aunt in Dobsonville. His strange behaviour at this time had confused many of their family members who assumed he was mentally ill.

Shortly after he had fled from home, Akhe went to a police station in Protea Glen for unknown reasons. While he was there, he assaulted bystanders he assumed were laughing at him. During his attack he also destroyed the furniture in the police station.

Akhe was arrested and while he was questioned by the police he was unable to give specifics as to where he stays although he could describe his home.

Gogo* also shares that Akhe becomes extremely while Akhe is under the influence. many of the family members try to calm themselves during his tirades, it is difficult exercising patience.

Akhe smokes a number of drugs including Chrystal Meth and nyaope which Gogo* shares that he was able to quit by himself.

Gogo* explains that Akhe holds a number of resentments including the passing of his father which he tends to talk about when he is under the influence of drugs. He is currently unemployed which Gogo* sees fit as he tends to become extremely violent.

Do you have an inspiring story to tell? Are you an entrepreneur making big moves? Do you know of a small business that needs more support? Share your stories with us via e-mail sebenza@sowetanlive.co.za or reach out to us on social media @SebenzaLIVE on Twitter or Instagram.