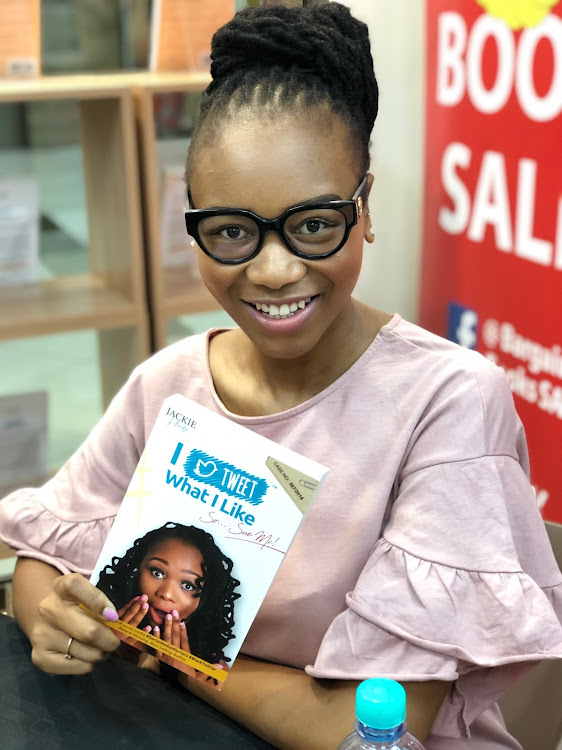 If you are not familiar with her writing then you are certainly familiar with her tweets. The highly contentious Jackie Phamotse launched her latest book recently, I Tweet What I Like. The book is Phamotse’s academic offering that details social media law and her court case last year.

She had planned to release a book on navigating social media spaces but changed the direction of the nonfictional book after her much publicised court case - especially after criticism that she was a one-hit wonder with her first novel, Bare: The Blesser’s Game.

Phamotse explains that the book will spur more minds to be innovative within the tech and digital space, especially in SA. She has also been more than capable of crafting a healthy relationship with her fans through social media.

“Seven months ago I was just another writer sitting in my room. I did not think that one tweet could change the whole concept of digital media. To this day a lot of cases that are around defamation, crimen injuria or social media always use my case as reference.

I literally paved the way for social media law in South Africa because a lot of people did not understand the impact of their social media interaction until they saw me go to court,” shares Phamotse.

Choosing to share in depth the information on how to best handle social media Phamotse, who used social media to promote her book, managed to get it all the way up to bestseller.

While audiences on social media have the ability to tarnish the image of celebrities at a whim, Phamotse shares that authors need to start engaging with readers.

“There is a lot to be done digitally for authors, they still need to educate themselves on how to drive sales online. I have literally sold all my books online. I have relied solely on social media.”

Phamotse’s fans have gone on excursions in Gauteng where her first book is set. Some have visited the province from outside of the country just to see Sandton. They share all their experiences via her social media.

“For us authors it’s important to portray our country as a beautiful place, as an exciting place and as a safe place to come and experience life. Yes, like any other country crime is there, but let’s not scare them away and say the county is ugly.”

This has birthed a unique voice for South African writers who write authentic experiences and conversations.

The Blesser's Game is currently in production for a planned release this year.

To get your hands on Phamotse’s I Tweet What I Like, grab a copy at all major book retailers.

After studying abroad for close to 10 years, Chaz Ngaka (36) started a clothing business in Johannesburg that has created hundreds of jobs.
SebenzaLIVE
2 years ago

No capital? No problem! Here is how this entrepreneur still rakes in the profits

When Konoto Mochitele started his printer and productions company, Inspired Abstraction, he had no start-up capital.
SebenzaLIVE
2 years ago
Next Article