Founded in 1882, Mount Fletcher had never had a pharmacy in town until a young entrepreneur opened his doors 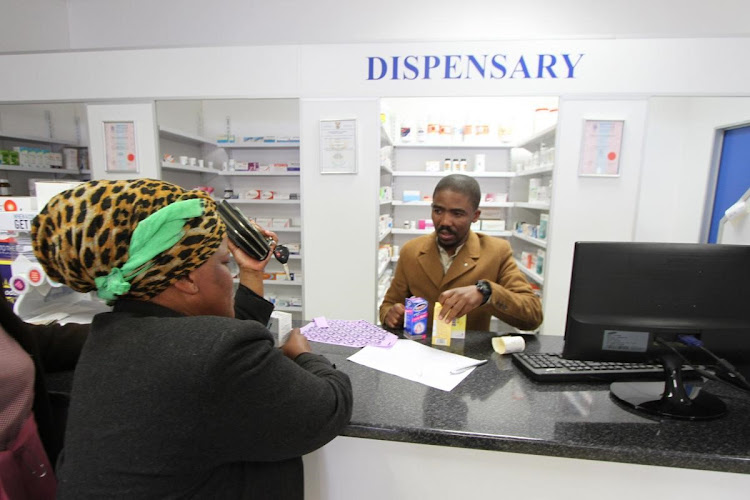 Pharmacist Vumile Mzinzi has changed the lives of residents in Mount Fletcher by opening the first pharmacy in the small Eastern Cape town.
Image: Supplied.

A young pharmacist made history by opening the first pharmacy in the small town of Mount Fletcher in the Eastern Cape in 2017. In doing so, he revolutionised healthcare for the small town’s many residents.

“I decided to take a risk and open in Mount Fletcher. I realised that there has never been a pharmacy in this town. I travelled across all the towns of [the former] Transkei and found Mount Fletcher as a suitable place to run the business,” said Mzinzi.

A graduate of the University of Western Cape, Vumile Mzinzi said that while small, the town is densely populated and services a number of rural villages. He explained that previously, residents had to cough up R70 for taxi fare to travel to and from Maclear – the nearest town, which is 62km away – to access pharmaceutical services.

Prior to the opening of Ithalomso Pharmacy, pharmaceutical services in Mount Fletcher were only available at the local Taylor Bequest Hospital, and these were strictly for patients.

Mzinzi graduated in 2010 and had been working as a pharmacist at Nelson Mandela Central Hospital in Mthatha before ’his life-changing decision’ to open his own business in Mount Fletcher.

He said opening the pharmacy required a lot of research and consultation to ensure that it would be viable. He chose Mount Fletcher because there was no pharmacy in close proximity and because he saw the area’s growth potential.

In investing in Mount Fletcher, the Ngcobo-born pharmacist created employment opportunities for eight residents from the surrounding villages.

The Eastern Cape Development Corporation (ECDC) helped finance and draw up his business plan which allowed him to successfully approach other financial institutions for funding.

ECDC head of risk capital Phakamisa George said the facility assists entrepreneurs with the development of their business ideas up to a stage where they are able to meet the often stringent requirements of financiers.

When Kgomotso Thebe became the manager of Jehovah Jirah Orphanage Centre, which was started by her mother, she realised funding was a problem.
SebenzaLIVE
2 years ago

Unless you are JK Rowling, Stephen King or Robin Sharma you can’t always guarantee that being a published author will guarantee you fortunes.
SebenzaLIVE
2 years ago

The most important task of zookeepers is the physical care of the animals. This includes feeding the animals and ensuring that they stay healthy. ...
SebenzaLIVE
2 years ago
Next Article