‘Fela and The Kalakuta Queens’ musical comes to SA 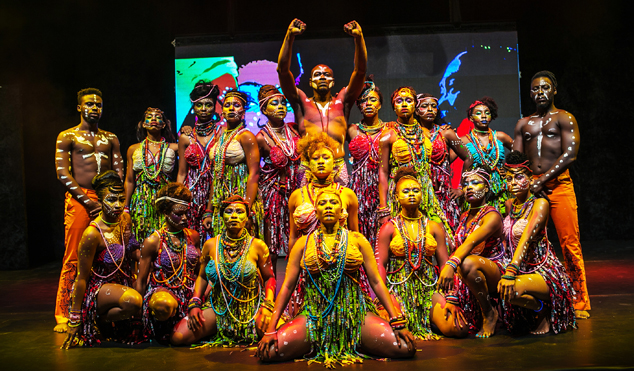 The Fela and The Kalakuta Queens Musical.
Image: Supplied.

South African arts lovers will have an opportunity to watch the life and times of the late legendary musician Fela Anikulapo Kuti played on stage in few weeks’ time.

The South African State Theatre announced that Fela Kuti’s story will be told through theFela and The Kalakuta Queens Musical from 27 March to 7 April 2019.

The Nigerian musical playFela and The Kalakuta Queenspremiered in Lagos in Nigeria in 2017 and has since become a sensation across the globe.

The story of Fela and his Kalakuta Queens is a compelling one while at the same time is deeply moving and emotionally engaging.

His story is told from birth to life as a defiant and uncompromising social activist, a flamboyant musical maestro and his historic marriage to his 27 wives (known as the Queens).

The story travels through the honest and selfless love the icon had with his dancers (Queens) who left their homes to follow him, believing in his vision of building a better community through arts and music.

The musical also explores the lives of these women who constituted an integral part of his band and gives a unique insight into the negotiation of gender and power relations at the Kalakuta Republic, while also showcasing their unique fashion, dance and African identity, and unmasking common misconceptions about them.

The character of Fela is projected by both Laitan “Heavywind” Adeniji and Patrick Diabuah who lead the thirty-six members cast, backed by a fifteen-piece band in the ensemble.

“We believe that a historic and cultural production like Fela and the Kalakuta Queens will be received well in South Africa - considering Fela’s iconic status and the increasing interest in afrobeat internationally,” said Peters.

Artistic Director of the State Theatre Aubrey Sekhabi said: “We have a thriving community representing the diaspora in Pretoria and believe that this will bring them out for theatrical entertainment.”

Tickets to the show can be purchased from R150-R350 online at www.webtickets.co.za or at Pick ‘n Pay stores nationwide. The show has a 13 years age restriction.

Whether it’s in entertainment or business, Thabo Molefe – also known as Tbo Touch –has always been a major inspiration to others. From heading ...
SebenzaLIVE
3 years ago

Yard officials work in shunting yards where trains are loaded and unloaded.
SebenzaLIVE
3 years ago

When it comes to innovative ideas, Katleho Nyawuza takes the cake.
SebenzaLIVE
3 years ago
Next Article