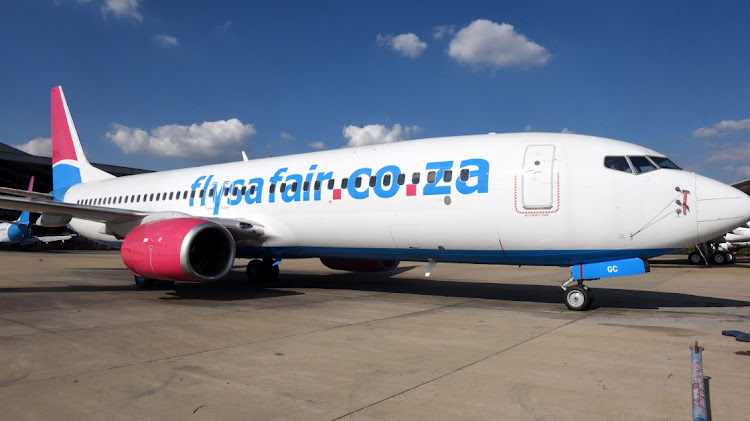 Hopeful travellers are waiting with bated breath for FlySafair’s crazy flight sale after the airline announced it will sell tickets for R8 as part of its 2022 mega sale.

The airline said the sale will start at 9am on Wednesday and 30,000 tickets, available for selected domestic routes excluding Mauritius, can only be bought online via FlySafair’s website.

“SA, we invite you to throw your sanity away because sh*t’s going to get crazy. Keep an eye on our social media platforms and your email inbox for more info on our crazy R8 sale, starting at 9am sharp. You’d be nuts to miss out,” said the airline.

The sale started in August 2015, a year after the airline took its first flight and sold 30,000 tickets for R1 each.

SA, we invite you to throw your sanity away, because tomorrow, sh﹡t’s going to get cray! Keep an eye on our social media platforms and your email inbox for more info on our Crazy R8 Sale, starting tomorrow at 9 am sharp! You’d be nuts to miss out.

HOW DOES THE SALE WORK?

FlySafair said tickets are only for the airline’s Lite Fare.

Hopeful travellers looking to score tickets will first be placed in a “waiting room” to limit strain on FlySafair’s booking platform.

Only one-way flight tickets, between May 5 and the end of October 2022, will be included in the R8 sale.

“Access to the website to make the purchase will be limited by means of a ‘waiting room’ facility designed to preserve the integrity of the website and protect it against the heavy traffic demand,” said FlySafair.

“A selection of users, with the number determined by FlySafair, will gain access to our website for purchase when the sale starts. The remaining visitors will be placed in our ‘waiting room’.”

Limber up lovelies because our R8 sale is coming soon & you need to be sharp & in good shape to stand a chance of grabbing a R8 flight. For now, we can’t divulge the date but anticipate it will be soon, so take note of these tips because we totally rate they’ll help you grab an 8 pic.twitter.com/ebaPObN3n0

The process will continue until the last of the allocated R8 tickets are sold, or until 5pm, whichever happens first.

“Users on the website will need to start their purchase journey before their sessions expire. Once a user completes a purchase, or their session expires, they will be redirected to the waiting room again.”

“Tickets are not held when selected. Only successful payment reserves a ticket. If many people are looking at the same tickets, only the first person who successfully completes payment will get those tickets,” said FlySafair.

Many took to Twitter to express how hopeful they are about getting tickets.

Here is a snapshot of some reactions:

try the "pay later" option as it saves the reservation. ~VG

So Flysafair’s R8 sale is going to sellout like SundayRoast tickets? 🤧🥹

I stopped trying to get those flysafair flight specials when they were still at R2. They are now on R8. pic.twitter.com/o8PymsXVtI