Rapper prides herself in her culture 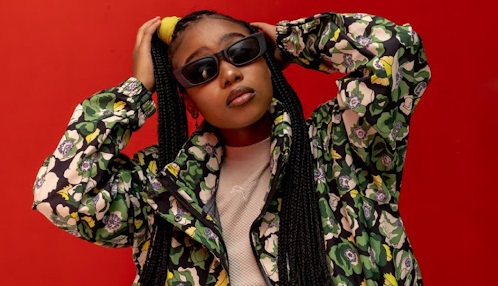 Hip hop emcee Holy Alpha is ready for the spotlight with her new banger Inkunzi.

Holy Alpha, real name Sanele Gwabe, believes she bears testament to the meaning of her new jam and although she may be 22 years old, she hopes to leave a lasting legacy to female rappers coming after her.

The concept of her song, which symbolises greatness and defeating the odds, was envisioned and created by music producer Zoocci Coke Dope as a part of her joint winnings from Sportscene’s Put Me On 2021 (PMO) music competition.

The up-and-coming star from Khayelitsha, Cape Town, who also goes by the moniker “Mama Ghost” in the streets, brings a different element to the South African hip hop sphere with her lyrics and Xhosa storytelling techniques.

When did you first make your mark in the music industry?

From a young age, I knew music spoke to me. I was very hyperactive and curious, so somehow music was my outlet to release the energy I had.

Who influenced your interest in music?

My father did. I come from a family that loves music, especially on my father’s side. We are always singing whenever we have gatherings. However, I’m the first one to branch out and take this music thing very seriously by making a career out of it.

No one is as proud as my father is about my pursuit of a music career... He’s my biggest supporter.

How was it being in the studio with Zoocci?

It was tons of fun... He is a very humble and down-to-earth person. The very first time I spent with him he taught me how important it is to believe in myself. I love how passionate he is about music... This has since fuelled my ambition to make it in the industry.

How was it like breaking into the industry? Were you warmly welcomed?

It wasn’t easy at first, especially when I had to get my name out there. Fortunately, I had the likes of the late DJ Dimplez, PH, Busiswa, Tweezy and Reason who embraced me. Reason was the one who showed me more love the minute I broke out... that guy is my grootman.

I like the fact that I am recognised by these people, it’s such a great feeling.

How would you describe your music?

I am a storyteller... I always strive to speak about the events in my life, things that are happening around me and issues faced in our community. I also love having fun with my music.

What kind of legacy are you hoping to leave behind for young, aspiring female rappers?

Muso out to help artists battling their demons to find peace.
S Mag
3 months ago

AB Crazy back with new single after two-year hiatus

Music star says he's versatile and don't want to box himself to one genre.
S Mag
6 months ago
Next Article