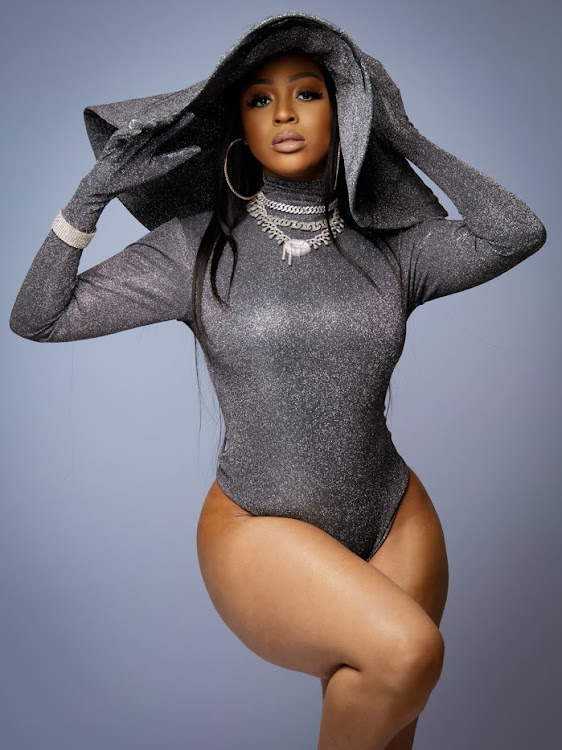 Rapper Nadia Nakai opens up about her relationship with AKA.
Image: Supplied.

Rapper Nadia Nakai is head over heels in love with her musician boyfriend AKA and hopes that one day they can start a family of their own.

While the couple's romance has been heating up in the past few months, they have known each other for years before they started dating.

“I’ve known Kiernan for years. He was respectful every time I’d meet him. We never had personal issues and obviously out of the respect for my label boss, I would refrain from socialising too much with him,” Nakai told Sowetan.

“There wasn’t a specific time that we told ourselves we were an official couple because we were just really good friends. We’d speak for long hours over the phone and share so much in common.

“We didn’t plan to become a couple, it just happened... I’ve witnessed how great he is as a father; of course, I’d love to have his babies one day.”

“For my mental health, I’ve decided to be less activate on social media, particularly Twitter… there’s a lot of hate and negativity there. But the person who has given me solace is Kiernan who’s been holding me through this whole experience," she said.

“I love how smart he is. Many people might not believe that but when I need to know information about absolutely anything I usually go to him because I know, he knows it. I really learn a lot from him.

“I also love the fact that he’s the opposite of who I expected him to be. He’s actually such a softie.”

Nakai said there was no drama between herself and AKA baby mama DJ Zinhle (Kairo's mother), although the public has tried to create it.

“I don’t know why people expect us to hate each other. She’s Kairo’s mother and I respect that and our friendship. People just love to see women hating on one another for no apparent reason,” she said.

Nakai has been cooking new music with rapper Lucasraps. She dropped the song Not The Same last week Friday. She has also been working on an amapiano song with up-and-coming artists she declined to mention.

“I think the sound of my new song is very different, it’s more of new age hip-hop, the kind of new sound that's going around at the moment. I chose to collaborate with Lucas because he is the new era of the new hip-hop artists that are coming out at the moment,” she said.

“You really can have a phrase repeated throughout the song, so I had to get used to simplifying things and not having to try to over rap on a piano song.”

Sarkodie still top of his game