DJ to fight for gong with amapiano stars 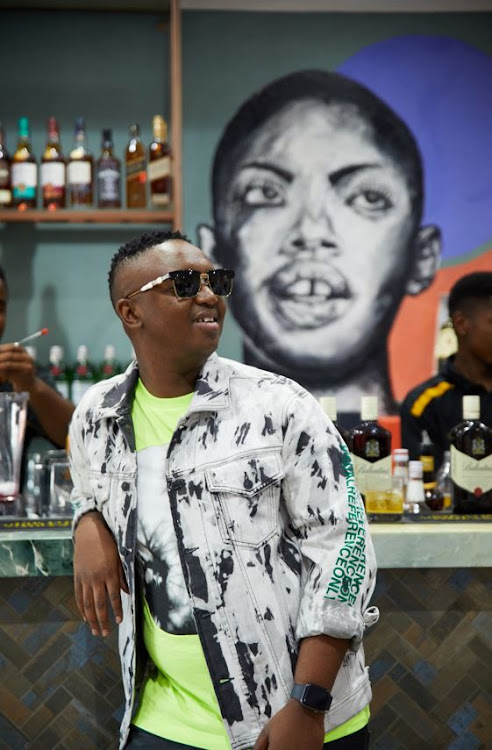 Shimza is pausing his international tour this weekend to attend in person the DStv Mzansi Viewers' Choice Awards, where he is nodded.

The 33-year-old musician doesn't take his Favourite DJ nomination lightly, especially since he's the only non-amapiano artist to receive a nod in the category. Real name Ashley Raphala, he will on Saturday duke it out with Scorpion Kings, DBN Gogo, Major League DJz and De Mthuda.

I connected with the Tembisa-born star on the phone in Morocco, where he informs me that he will land on home soil on Saturday morning.

Shimza's global tour in the last three months has taken him to all corners of the world including Saint Tropez, Madrid, Ibiza, Barcelona, Paris and Amsterdam. He will next stop in Greece, Germany, Egypt and Portugal.

“The reason why these awards mean so much to me is because I’m the only DJ that doesn’t play amapiano who’s nominated in that category – that says something about how people see me,” Shimza says.

“Not only that but the fact that Mzansi gets to vote and choose who they want to win. Even though I’m still on an international tour, months ago I made sure that my team adjusts my gig schedule to allow me to attend the awards. I’ve got high hopes that I win.” While he is known for dressing down, for the awards the Afro-tech DJ will suit-up in Henrietta ZA , made by his kasi friend and designer Calvin N.

He jokes that the last time he donned a suit was at Somizi Mhlongo and Mohale Motaung’s wedding three years ago.

“I like looking comfortable but I thought to myself that maybe this time around let me switch things up and look formal for these awards,” he says.

Shimza cites that the secret to his success is always to move with the times and incorporate popular sounds into his music.

“I’m filled with joy being on the road and meeting new people and witnessing how happy they are to finally be outside.

“We’ve all been yearning to physically touch one another and being able to do that is quite fulfilling. Now that the (Covid-19) restrictions are relaxed, myself and other artists can continue to chase our dreams in becoming international superstars.”

Shimza shares that lockdown showed him that he has a tenuous spirit and always fights to thrive ahead. 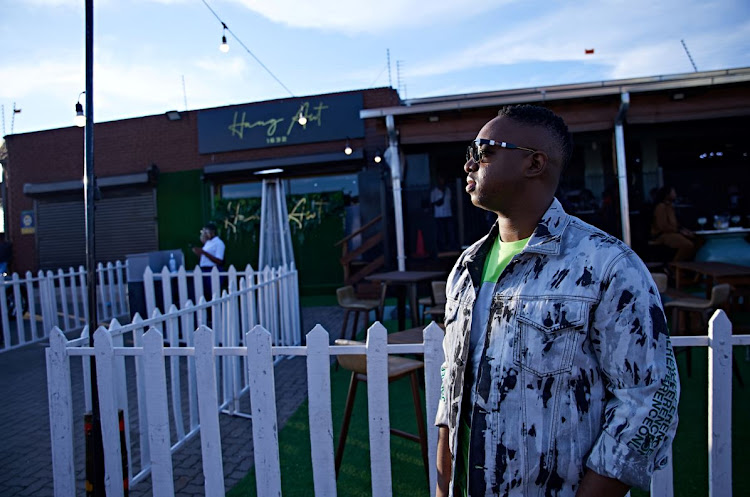 When gigs were shut down, he and friend and fellow DJ PH came up with Channel O’s Lockdown House party that served as a vibe in people’s homes as large gathering were canned.

With representation in mind, Shimza is the face of Ballantine’s SA as one of the local music game-changers. He was a part of the There's No Wrong Way tour which travelled across the country.

“Being the face of Ballantine’s ultimately means that I can stay true to who I am and my sound. The sound I keep pushing during the hype of amapiano... which to me is my superpower.”

Doowap is also embarking on a global tour that will see her play in Ibiza, Paris and New York.
S Mag
1 month ago

Nigerian duo of Sarz and Lojay want to work with Daliwonga.
S Mag
1 month ago

Nandi Madida has revealed that her husband Zakes Bantwini wrote the lyrics to smash hit Osama as an ode to their autistic daughter Nefertiti.
S Mag
1 month ago

Sarkodie still top of his game

Hanging out with Lelo Meslani

SA’s nightlife is getting a colourful makeover with Vogue Nights Jozi, founded by Lelo Meslani and featuring queer balls where LGBTQIA+ members have ...
S Mag
2 months ago

Uncle Waffles has stressed the importance of having a trusted team, which she credits as the secret behind her stardom.
S Mag
1 month ago
Next Article