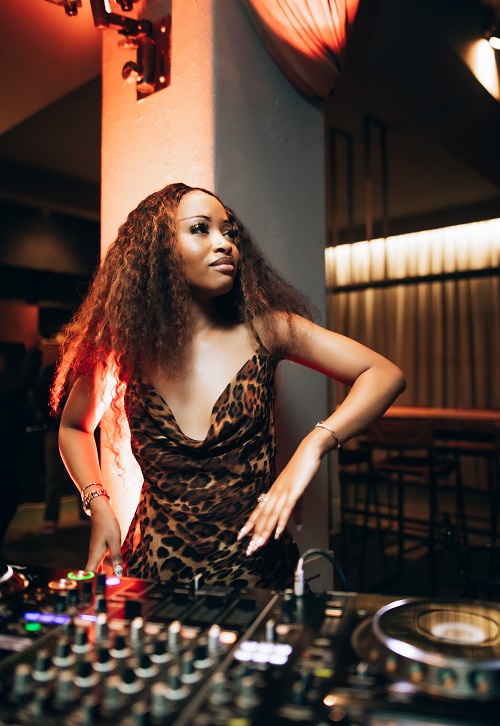 Uncle Waffles has stressed the importance of having a trusted team, which she credits as the secret behind her stardom.

The 22-year-old popular DJ, real name Lungelihle Zwane, was speaking as a panellist and co-host at the launch of the MTN Pulse campaign in Braamfontein. She was joined by musician Robot Boii, filmmaker Thabang Moleya and publicist Lerato Masepe. The campaign is an initiative by the telecommunications company to assist young people under the age of 25 in their creative and entrepreneurial endeavours.

Dressed in a leopard print slip dress with a crimped voluminous hairdo, the petite beauty who does her own styling, credited the team behind her for her "It" factor.

“I think the main thing that I have is I was willing to get help, that’s the biggest thing. If everything had happened for me and I didn’t have the people I have around me I think that I wouldn’t have known what to do," Uncle Waffle said.

"I mean you’re coming from taking free gigs to being booked in other countries. It was like here I am, I don’t know what to do but I had people around me who did… the people who are around you are important…people who will show you the value of your brand… a team that loves you is super important."

Uncle Waffles rose to stardom after a video of her dancing went viral on social media.

Sowetan caught up with Uncle Waffles for a conversation about the state of youth in SA.

What does SA youth have that can't be found in other parts of the world?

Spirit. Spirit and resilience, they’re always willing to do whatever it takes to get what they want or to get to where they want.

As youth president for a month, what changes would you make in SA?

What is the biggest issue facing SA youth?

Besides gatekeeping, which we have a lot of in the industry, kids don’t necessarily have the means to go and nurture their creative skills. We all know that the institutions that provide the best are quite pricey, so no one has access to then. Also, I think we tend to get pushed a stray mentally, we tend to divert and start doing things we shouldn’t be doing, start affiliating ourselves with the wrong people and doing things we shouldn’t be doing. “

How is  SA changing the world?

By introducing a completely new genre of music, which is amapiano and a genre of music where every aspect of it is blowing up, from the dancers to the vocalists, to the producers. Everyone is getting full recognition all rounds, there is no one who is getting overshadowed, everyone who is playing a part, making it reach the world and is getting complete recognition which is something we don’t usually get.

What do you believe you've contributed to the industry as a young person?

To be unapologetically yourself, no matter what the world says; no matter how many people come for you. We all know that I have quite a lot of haters but I’m still authentically myself. At the end of the day the work pays off more than anything else, as long as you continue to put in the work. I think personally I bring in just a touch of new, I guess. Where someone is 100% themselves in every single way. Before I blew up, I was this person and right now I’m still the same person.

How are you taking charge and enjoying your youth?

I think I’m taking charge by living for everyday and trying my best, you know you’re only young once, you know YOLO (you only live once)! But I’m yoloing in a way that I can sustain my future. As much as I want to have fun, sometimes I have to pick work over fun, sometimes there’s six gigs in a week and you only sleep one day but I feel that’s the sacrifice you have to make.

"This one is for my brother." - Cassper dedicates his performance at Cotton Fest to Riky Rick.
Pic of The Day
2 months ago

“It was a tough fight … I didn’t think it would be easy and it wasn’t. I won’t lie, Cassper gave it to me."
S Mag
2 months ago
Next Article