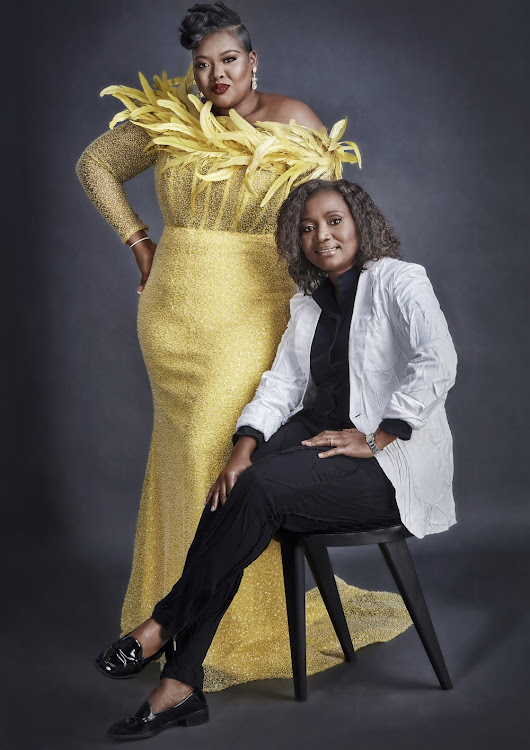 Phumzile Langeni, Chairperson of Primedia, and Anele Mdoda, host of 947’s Anele and the Club to celebrate the signing of a five-year contract between Primedia – 947 and Anele.
Image: Nick Boulton

Radio personality Anele Mdoda is marking her 20 years in radio in a big way after inking a five-year contract with 947.

While she's currently off air and living her best life in America with her son Alakhe, Mdoda's popular breakfast show Anele and the Club on 947 will return on July 1.

According to a statement released by Primedia Broadcasting, owners of 947, the new deal is the company’s way to bring certainty and significance to an industry it believes is “littered with short-term engagements.”

Since the beginning of April, Mdoda has embarked on an eight-week journey of travelling to various countries to explore the latest trends in the world of radio and entertainment. She is set to bring back immense entertainment knowledge when she makes her big comeback.

“2022 is my 20th anniversary as a broadcaster. I have been with the company for 14 years, and Primedia formed part of my personal and professional growth. They are like family to me," Mdoda said.

"Signing a five-year contract with Primedia is testament to the new vision of new group CEO Jonathan Procter. Jonathan brings with him global standards and perspectives to broadcasting and entertainment."

While she’s away, afternoon drive host Thando Thabethe has been holding the fort on Mdoda’s breakfast show. Thabethe joins regular members Frankie, Thembekile and Cindy from 6am to 9am weekdays.

Speaking on Mdoda’s long-standing commitment to the company, Phumzile Langeni, chair of Primedia Broadcasting, said: "We are fortunate to be driven by the crystal clear and contagiously compelling vision of Jonathan, whose stewardship heralds bigger and greater ideas for the future of our business. At Primedia it is all about validating our people. When our people succeed, we succeed… There is so much more that we need to still see from Anele."

Let Anele be your foodie buddy

Trevor Noah and his friendship squad Khaya Dlanga, Anele Mdoda, Sizwe Dhlomo, Xolisa Dyeshana and more on a friendship vacay is serving life goals.
Pic of The Day
4 months ago
Next Article