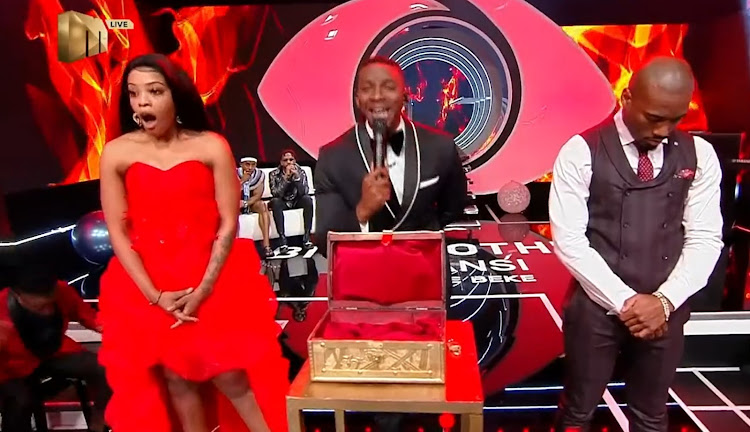 Michelle “Mphowabadimo” Mvundla from Daveyton was crowned Big Brother Mzansi champion on Sunday night after 13 weeks of being under 24/7 watch on live television.

Mvundla, who was the only woman in the top five, beat Gash1 to win the R2m grand prize and titleholder of the season.

Most viewers resonated with Mvundla because she represented a community of spiritual healers, an aspect she chose to highlight in her Big Brother journey.

The show made its long-awaited return  in January and introduced SA to contestants such as Terry Treasure, Vyno, Dinky Bliss, B.U and Venus.

With 20 contestants walking into the house, only five remained in the finale – Themba, Tulz, Libo, Mphowabadimo and Gash1.

From the beginning of the show, controversy hit the season when Keamogetswe “QV” Motlhale from Mahikeng abruptly quit  the show in less than 72 hours of joining “to protect her mental health”.

Another housemate who used her platform to represent the LGBTIQ community was Sis Tamara, and many viewers enjoyed her free-spirit personality and vulnerability.

While many bonds were created and friendships made, a lot of love connections were formed in the house like Terry linking up with Vyno, plus Gash1 with Thato as well as Venus hooking up with B.U and Themba.

Venus, however, decided to not pursue any of the guys after her exit.