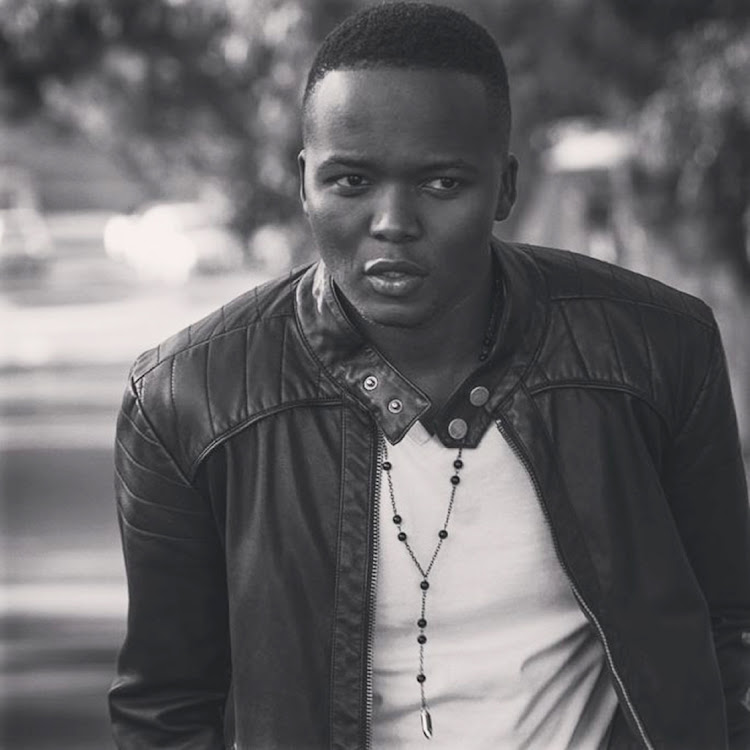 The film, created by cinematographer/filmmaker Mandlakayise Walter Dube, is based on a true story that sparked the global "Free Mandela" movement.

The action thriller is inspired by true life events that took place in SA in 1980, when three freedom fighters (played by Rametsi, Noxolo Dlamini and Stefan Erasmus) were involved in a bank hostage standoff with the authorities after a failed sabotage mission.

He is best known for his roles in the popular serials The Giver, The Gamechangers and Kalushi: The Story of Solomon Mahlangu.

Sowetan caught up with the esteemed actor to find out more about his role.

What was your initial reaction to your role when you first got the script?

I actually didn’t like the character when I first read my script and I kind of still don’t like it even now – which is probably what I like about Calvin. He was not a boy scout, he’s not a good person... he was a very intricate, different human being who doesn’t really make the right decisions. You’ll get to see all of that in the film.

Some of the decisions he made I judged... I generally don’t judge my characters so that excited me.

It was also nice to run around and fire some weapons. I’ve always seen myself bored in the roles I’ve been offered, so it was quite exciting for me to show the audience what it is that I can do as an actor.

Thabo Rametsi on fame and his acting craft

Was it difficult channelling Calvin Khumalo?

Seeing that the movie is based on very dynamic and real people, to be quite frank with you it wasn’t easy due to how detailed and intricate they were. I remember doing research for Kalushi. One of the generals who sent out Solomon told me about these three freedom fighters who were known as the “cowboys”. They were crazy, sort of like rock 'n rollers with guns.

But then we went to Calvin’s tombstone to get permission to tell his story – this is something that I do for all my characters. I also met Calvin’s family and they told me he was a boxer. I started training with guns and martial arts so that I can best execute my role.

I like how focused he was on his mission. Our generation views "Free Mandela" very differently from Calvin’s generation and that was the beautiful element to witness. We have to remember that these were still heroes at the time, they were considered iconic. They might have needed some help because they didn’t have the luxury of hindsight based on the decisions they made but at the time, under the pressure, those decisions were valid.

I think all revolutions needed drastic actions, so some of the events in the movie make sense.

Do you think there’d ever be struggle icons such as the three actors in the film?

I believe there’s a need for them like there was a need for them back then. We live in a very complex era and a country where the poor get poorer and not really prioritised, ironically by the very same people who liberated us.

Did you do all the stunts yourself?

Yes, I did but we also had a stunt team on hand just in case one of them needed to fill in where I might not be capable to do [a stunt]. But because we were trained really well, I ended up doing all the stunts myself.

By the time the director broached the subject of his impending nudity in Showmax’s The Wife, Kwenzo Ngcobo hadn’t had a chance to invest in a tight ...
S Mag
3 months ago

The champagne cork-shaped hot air balloon and ambassador to the French Maison has finally made it to Johannesburg after three decades of traversing ...
S Mag
3 months ago
Next Article