Quinton Masina ready to get hitched to footballer after failed marriages 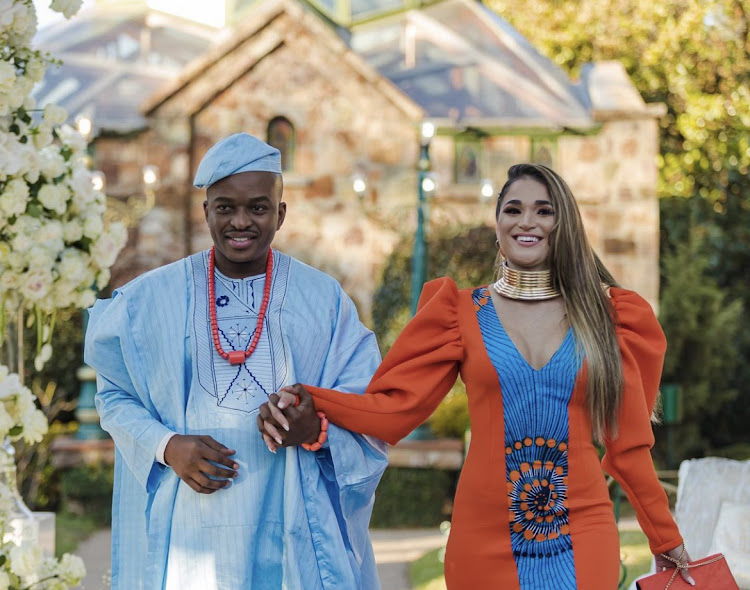 Young, Famous & African has been the show on everyone’s lips at the long weekend.

Khanyi Mbau’s spicy clapbacks at self-proclaimed Ugandan “billionaire” Zari Hassan was not the only thing that viewers of the Netflix reality show are talking about, but also Quinton Masina aka Naked DJ's rollercoaster romance with semi-professional footballer Kayleigh Schwark.

During the launch of the show in Joburg last Friday, Masina told Sowetan that his relationship with Schwark may have been perceived by viewers as “toxic” since many got a taste of the good, bad and ugly. But Masina added that they share a “unique love" that they are both willing to fight for.

“Mjolo [dating], you know how it is. This week you can be together, next week you could be broken up. I know she spoke to you about her being single just over two weeks ago, but for the last week and a half, we have been together,” the Metro FM DJ said.

Masina is known for dishing out relationship advice on Metro FM’s segment of Ask A Man. When asked whether he feels any pressure to be as perfect as his advice when in a relationship, he responded that: “he was as human as anyone else”.

“No relationship is perfect, it’s how strong your conflict resolution is that determines whether your relationship will survive or if it’s meant for you," Masina said.

“What I love most about Kayleigh is her kind heart, her love for my son and cooking. It wasn’t my intention to have her on the show, her being a part of my life automatically made her predominately featuring in the show."

Although he has been married twice before, Masina, who has been dating his footballer girlfriend for two years, hopes to walk down the aisle again with Schwark. He explained that getting married is not based on the number of years two people have been together but rather the element of zero toxicity found in the relationship.

“I think I am a different breed. Once I’ve healed from a bad situation that doesn’t exist anymore, I have completely healed and I'm ready for the next chapter of my life. It’s only the lessons from the bad situation that exists that I use to manoeuvre in my next relationship.

Fans get to peep into the lives of their favourite celebs.
S Mag
4 months ago

Singer and dancer starts out with Black History Month gigs in US.
S Mag
5 months ago