Ayanda Makayi hopes to find answers about GBV through docu-series

Producer ropes in alleged perpetrators as 'their voices are needed' 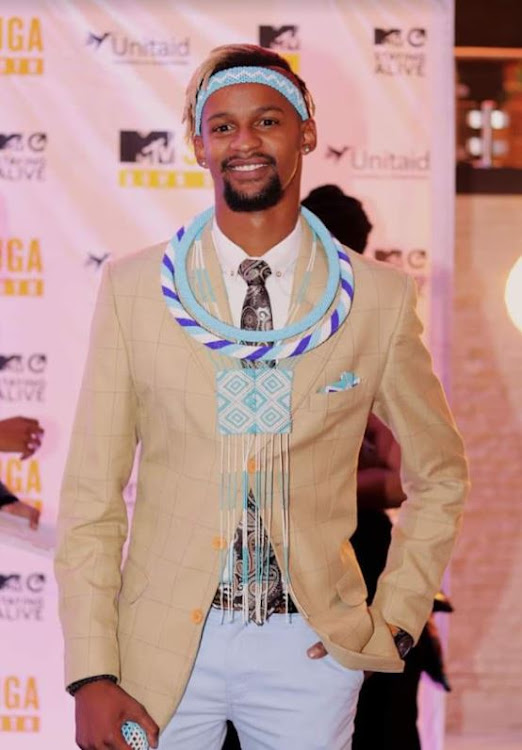 As the executive producer of the film, Makayi not only holds the project dear to his heart, but believes perpetrators can live better in society if “uncomfortable conversations” are held where “healing” and “reforming” can take place.

While the series highlights the issues of GBV, Makayi couldn’t shy away from the question why he chose to have Bikwa as a part of the show after he allegedly hit rapper Boity with a bottle during an altercation last year.

“As controversial as it is, we need to include the voice of alleged perpetrators in conversations. This is not us saying we’re giving them a platform to tell us their story, but rather we want to understand why, what led them to such a point and what their takeaway is from that experience.

“We also want to then know from that experience, what is their contribution in society now being a perpetrator or an alleged perpetrator,” he explains.

Makayi adds that the best lessons are learnt through faults and failures, and perpetrators' voices can help others from taking the same path.

“It’s understandable that a lot of people get emotional around this topic, it may come across as though one is insensitive towards the victim, however, perpetrators' voices can help with the rehabilitation process in society.

Penny Lebyane talks about her new role as host of The Squadcast.
S Mag
9 months ago

“Cancel culture doesn’t really help. Choosing to include Bujy as one of the guests on the show was really imperative as we needed him to describe what it is that was going through at that moment.

“We couldn’t just have a one-sided conversation. We had to ensure that as an alleged perpetrator, he had to be a part of this conversation to talk about the lessons he learnt from his wrongdoings in order for change to begin. Conversations need to be uncomfortable, hence we have Bujy in the series.”

Big Zulu also faced the trolling board on Twitter where his name was labelled as an alleged “perpetrator” who allegedly used to beat his wife.

"Big Zulu taught me a lot in terms of the culture’s influence in how men are and how they've been for many generations. Yes, we may sit down and say our culture had a negative role to play in the whole narrative of driving masculinity, but we cannot deny that tradition in our culture is our identity.

“We as humans need to re-evaluate our culture and take out the good from it and leave out the negatives that don’t seem to help in creating a healthy society, ” he said.

Siya Kolisi said a lot of the decisions made by men do not involve women.
S Mag
1 year ago

In the impactful three-part documentary series, the MTV Shuga Down South star found himself asking the question “What Makes a Man?”, having recently become a new father he seeks to set an example to his son.

“It all started with me reflecting on how I treat the women around me. Although I am not perfect and have made my own mistakes, I wanted to know what the ideal man is in modern society,” the new father states.

“By asking ourselves 'What Makes a Man?' we are learning and unlearning harmful behaviours that are going to be fundamental towards starting conversations that will drive meaningful change.”

With GBV being a fragile topic, Makayi explains how the series will assist in opening the eyes of many people who were unaware of their behaviour towards women and children.

He adds that the role of a man in society is not determined by how strong he is, but how he is able to relay his emotions without instilling violence or harm.

“Being a man is an ongoing process that will see you as a man become a better version of yourself. Being a man means you're able to strike a balance between fertility and masculinity. It’s knowing when to feel and express your emotions but at the same time knowing when to be the man society expects you to be, this is in terms of being a provider and a protector."

These organisations and campaigns are making headway against gender-based violence in South Africa.
S Mag
7 months ago