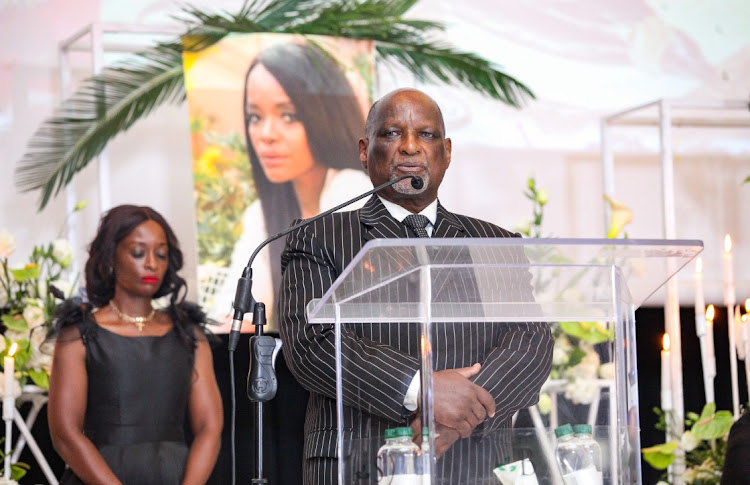 Roberts collapsed and died last Wednesday while on the set of her new show. She was aged 49.

Close friends and family gathered at a private ceremony in Tshwane on Thursday morning to bid the beloved public figure farewell.

In a live stream of the funeral, her two children took to the podium and spoke fondly of Roberts as a “supermom” who used to wear a Spider-Man suit. A mother who loved them dearly and was their number one fan.

“Over the past few days, I couldn’t wrap my head around my mother’s passing. She helped shape my sister and I into the adults we are today. And she was the most important person in the world to us," said Leaun Roberts about his mother.

“My mother was never just an actress or a presenter, a columnist or an author. Hearing everyone talk about their relationships with my mother yesterday at her memorial made me realise how much of a phenomenal woman she was.

“My mother was so supportive in everything we wanted to do, she gave us room to decide for ourselves the kind of people we wanted to be.

“She was a courageous, strong, black woman who was unapologetic in how she loved her kids. I’m thankful she was able to see me graduate with my master’s degree and was able to walk my sister down the aisle on her wedding day. We will miss our very supportive mother,” Leaun said. 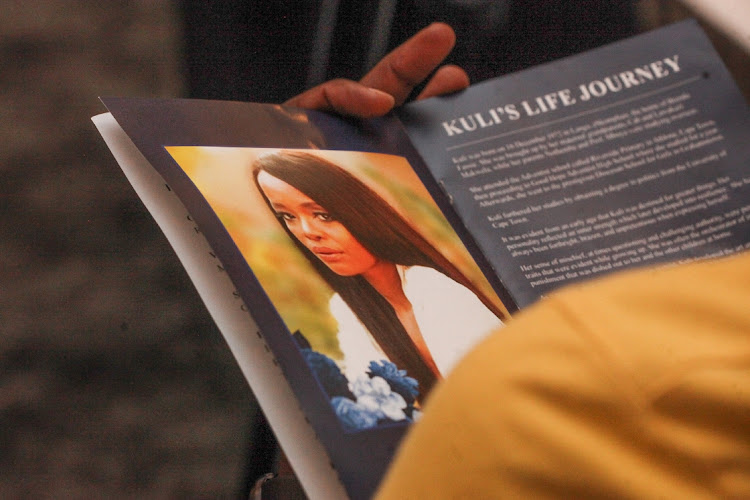 Roberts’s daughter Tembela considered her mother a “remarkable woman who had a tough life” but a “fighter who never settled for anything less”.

Among the countless qualities she knows of her mother, Tembela will remember her for her hard work ethic and her selflessness. “She used to tell me that everything she did in her life was for my brother and I. She always put us first and raised us in a healthy environment. I see a lot of her in my daughter and I’ll forever cherish her in my heart.”

“She was such a giver. You’d never leave her home without a gift. She was our gift. Every interview, she would remind us to love and care for each other.

“I remember when I started my activism, she was very curious about my journey of talking about my HIV status publicly.

“She came to me and asked how she could help me in my journey. She became my cheerleader.”

“I miss you my friend. What a diamond you are. Heaven has gained an angel when we lost you. You gave us your best and we will forever cherish you in our hearts,” said Kananda.

Legendary singer Yvonne Chaka-Chaka honoured and regarded Roberts as a truth speaker, one who made an impact in the entertainment industry even though not many would admit it.

“What made me closer to Kuli was she shared the same name as my mother. Kuli was who she was because of the respectful family she came from.

“Kuli was larger than life, a straight talker who wasn’t malicious. Kuli knew what she was here for and wasn’t bothered by what people said she was. It takes being different to make a difference and Kuli knew her assignment on earth,” the renowned singer said on the life of Roberts.

During Roberts’s moving memorial on Wednesday, her brave-faced sister actor Hlubi Mboya-Arnold asked people to accept that her sister is gone and not regret anything because the media personality wouldn't have wanted to leave anyone with regrets.

“You gave my sister so much love. In that tiny body of hers, she held the best and worst of us. But one thing I know for sure and I know we are all feeling the same way, let's not live a life of regret,” Mboya-Arnold said.

Kuli will be laid to rest on Thursday in a private ceremony in Johannesburg.
News
3 months ago

"Affectionately known and loved by her friends, family, and the SA entertainment industry at large, Kuli Roberts was an all-round media personality ...
News
3 months ago

'Kuli served her purpose the best way she knew how'