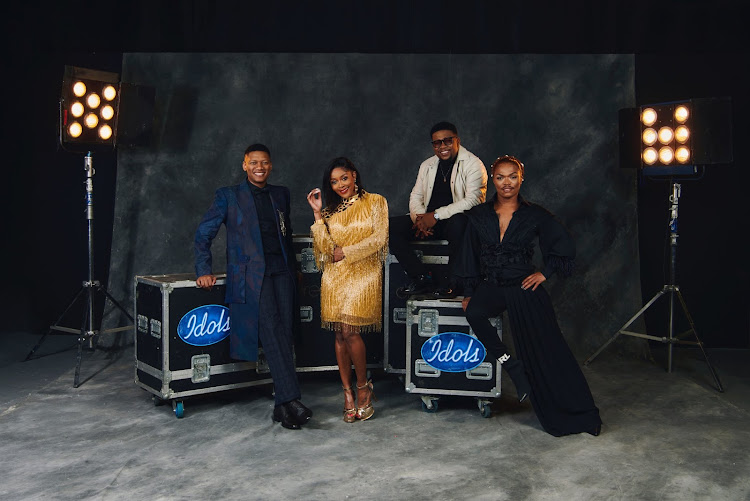 Season 18 of Idols SA is back with a whole new twist.

It’s bringing back media personality Somizi Mhlongo as a judge who’ll be joined by a new panel; singer and actress Thembi Seete and music producer and rapper JR who have replaced Randall Abrahams and Unathi Nkayi.

The news of the singing competition’s lineup revamp was announced at Urban Studios in Randburg on Wednesday afternoon.

Gavin Wratten will be this season’s director and executive producer, along with Anneke de Ridder and ProVerb (Tebogo Thekisho) as co-producers, with ProVerb also being the host.

Setting the tone of the panel discussion, a  calm yet bubbly Somizi expressed how ready he was to feel “whole again” now that he’s back as a judge.

“All I know for sure is that my heart, soul and energy is going to be on the floor. I want to bring it like it’s my first time,” Somizi said. While there were questions around the abuse allegations that saw him taking a backseat as a judge in the last season, the media personality said he wasn’t going to entertain any talks surrounding his private life as his main goal is to find “raw authentic talent” that will shake up the country’s music industry.

Assuming his position as a judge on the show, JR expressed how excited he felt about his new journey with the franchise as he feels he’s the perfect fit for the show.

“I am planning on bringing something extra this season," he said.

“With my background as a producer, I plan to help implement the knowledge I have in finding and unearthing raw talent.

“Coming into this, I want to be a judge that will want the best from an artist.”

Speaking on her role as a new judge, Seete said she was a tad nervous about assuming her position as the resident judge unlike the guest judge role she was given last year.

“I’ve been in the industry for a long time and I know how it feels to want to feel the spark while on stage.

“So, I’m hoping my contribution will help channel them in the right path and grant them the opportunity for a music career they deserve,” Seete said.

While there were questions around the abuse allegations that saw @somizi taking a backseat as a judge in the last season of #idolssa, the media personality said he wasn’t going to entertain any talks surrounding his private life as… pic.twitter.com/6yc7Y0Yp3x

With his background as a music producer, @JRafrika plans to help implement the knowledge he has to find and unearth raw talent in this season of #idolssa. pic.twitter.com/dmownBNuZw

'I want to provide a home for my kids'.
S Mag
6 months ago

The new season is being hosted by The River actor Lawrence Maleka.
S Mag
4 months ago

"I want to win a few more hearts with my new music," the soulful singer shares.
S Mag
6 months ago

With a grown fan base, Maduna to chase more opportunities.
S Mag
6 months ago
Next Article