The live show opened with a fiery performance from the queen of Limpopo dance Makhadzi, performing her hit song, Yellow Bone 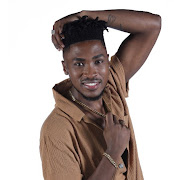 In a surprise twist, instead of an eviction on Sunday night, Big Brother Mzansi left viewers and the housemates speechless with the introduction of two new contestants.

Host of the show, Lawrence Maleka, introduced an impressively tall Nthabii as well as a music producer and self-proclaimed ladies’ man Vyno Miller as the newest housemates.

This comes a few days after Keamogetswe “QV” Motlhale abruptly exited the show to protect her mental health.

The live show opened with a fiery performance from the queen of Limpopo dance Makhadzi, performing her hit song, Yellow Bone. Her performance was followed by a recap of the week which included a few tasks the housemates had to complete.

One of the most memorable tasks was when the housemates had to share their life stories, which led to QV leaving the house last Wednesday.

Image: Supplied. Nthabii is another contestant to join the Big Brother Mzansi house.

A housemate who has been receiving a lot of attention on social media is Terry, real name Gugu Refiloe, who has an OnlyFans account.

The 26-year-old known as The Treasure on OnlyFans had viewers very intrigued with her life story and why she joined the explicit adult content platform.

Terry explained her need for money was the main reason why she joined OnlyFans. “I was broke, it’s not nice not having money. So, when I got R50k in the first week I ended up blowing it all… I was actually supposed to be on I Blew It.

“I was there for 7 months but I ended up blowing R350k in those months. This included a life of partying. After family issues and realising how much my entire family needed a consistent cash flow, I joined the app again,” Terry emotionally said.

The housemates who were up for eviction were Mvelo, Norman, Gash1, Themba and Acacia, luckily they were safe from getting axed this week. However, Maleka confirmed that someone would be going home in Sunday's live eviction show.