If it takes a village to raise a child, who raises the village? 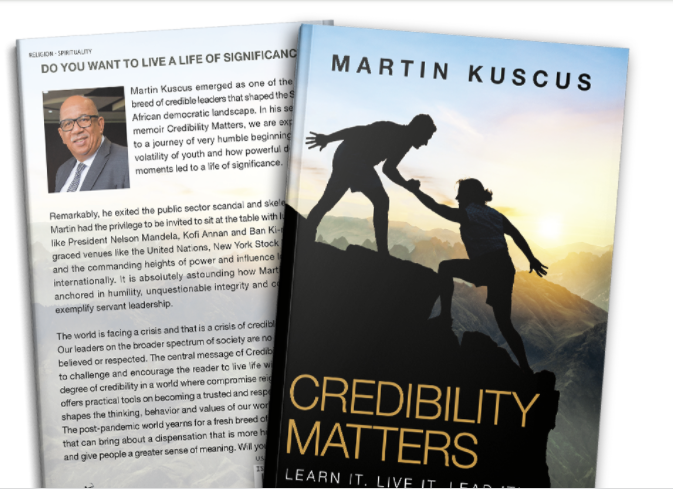 In a deeply entrenched economic system of globalisation and extremely fast levels of connectivity, the world is nowadays commonly referred to as a global village. This then begs the question “Who raises this village?”

Who are the voices that shape the thinking, behaviour and value system of our world? Who are those among us whose good judgement, borne out of hard-earned experience, can be trusted as we grapple with the vexing developmental challenges in our village moving forward? Who are the custodians of the ethos that defines our humanity?

What has been happening in our village?

The following massive culture shifts took place in our village over the past number of years:

Increasing individualism: The first question that preoccupies people’s minds in the village is

What is in it for me? The whole notion of the common good has been completely put on the backburner.

Decreasing sociability: We are so extensively connected technologically yet relationally disconnected. We have lost the art of deep and meaningful engagement with each other. Our way of communication takes place primarily through social media where texts, blogs, tweets and the like are the preferred routes to keep in touch. Please do not get me wrong; these are wonderful enablers and I certainly make use of them as well. However, they should never become expedient replacements for meaningful engagement.

Increasing materialism: Value judgement is based on externalities such as the car you drive, the clothes you wear, which suburb you live in, your position and status, rather than inner virtues. Charisma has been elevated above character.

The village is crying out for effective leadership. In this context, I want to raise this question very sharply with my fellow villagers: How can we get better leaders whose approach is relevant for our times? I am referring to a type of leadership that is more humane, authentic and capable of affording people a greater sense of meaning.

There are just too many of our leaders who are self-serving and do not have hearts of servants. For those of us operating primarily in a part of the village called the developing world, it is of great concern that we will never be able to assert ourselves in the ever-changing world of socioeconomic change and rapid technological advancements, with this type of leadership.

To leapfrog from the impediments of our reality into the great possibilities afforded us by the 4th Industrial Revolution, warrants our collective ingenuity and a high degree of effective leadership. The latter is non-negotiable. If not, it will be a missed opportunity that can only result in the persistence of the global socio-economic disparities with devastating consequences. This will once more entrench the phenomenon of insiders and outsiders.

We are indeed living in turbulent times and unprecedented levels of uncertainty. Peter Drucker made the following statement in this regard: “A time of turbulence is a dangerous time, but its greatest danger is a temptation to deny reality.”

Regrettably, for too long have we succumbed to this phenomenon in SA. We are in denial about the trustworthiness and credibility of the ruling elite, the ineptitude and wastage in the public service (R54,6bn in irregular expenditure according to the latest  auditor-general report of 2020), collapse of the public health care system, a high percentage of dysfunctional municipalities, a racially skewed economy where most of the population is still excluded consciously and deliberately, and racism in all shapes and forms to name but a few.

One of the greatest responsibilities of leadership is to assist people to move towards a shared perspective of reality. As a leader, you need to realise there are so many people who depend on you when you are in a leadership position and your actions can have irreversible consequences.

People’s fortunes can be wiped out, their hopes shattered, and their development stunted, resulting in a society falling into dysfunctionality and destined for perpetual poverty and deprivation.

We are all fascinated by the potential to possess power. Having the power to determine the destiny of a nation, a city, a big corporation, a social movement, or the family legacy can be an exhilarating experience.

According to David McKenna, “Power is a neutral agent that can be used for good or evil, depending on the mission and motivation of the user.”  If we are to be totally honest, within all of us lurks the desire to be in control. Control is necessary when in a leadership position but here I am specifically referring to negative control informed by selfish ambition. We embark on all manner of diverse tactics to ensure that we are in charge of the situation.

On my leadership journey, I made the following observations about the tactics employed by certain leaders to sustain negative control:

When there is a dubious agenda, in the words of Bishop Henry Okullu from Kenya, “Leadership is personalised, and this personalisation leads to idolisation of the leader to such an extent that people are made to believe that their rights come from the generosity of their leader.”  The dispensing of patronage to a selected network, ensures that they do the leader’s bidding regardless of how wrong he or she might be.

Power at all costs

When a leader has such an insatiable desire for power, rationality goes out the window. There is an unsubstantiated sense of optimism that does not tally with reality, being risky at best and reckless at worst. Many leaders have taken their followers to fight a war at great cost, informed by nothing else than misplaced obsession with power.

Pawns on a chessboard

This emanates from a set of circumstances whereby the leader is controlling or playing with the minds of followers by artful and unfair means to his or her own advantage. This environment of manipulation creates a situation where you always feel threatened. There are also high levels of fear and mistrust.

Your default position is to succumb and comply in order not to be on the wrong side of the leader. We have seen a lot of these examples in our village. It is about time that we give those leaders who are merely playing a game of power a red card and disqualify them. We are dealing with the future sustainability of our village and this power play cannot be allowed to continue indefinitely. For too long have we allowed some leaders to use us as a means towards their own selfish ends. The game needs to be brought to an abrupt end

Former boxer wants his book to motivate the youth

From the squalor of Kliptown to the dusty streets of Soweto and commanding heights of the academic world – Jabulani Mtshali's autobiography details ...
Sport
2 months ago

The Nedbank Cup will resume next month with the quarterfinal stage headlined by the Limpopo derby between Marumo Gallants and Baroka at Peter Mokaba ...
Sport
1 month ago
Next Article