Actor says she’s been a creative her whole life 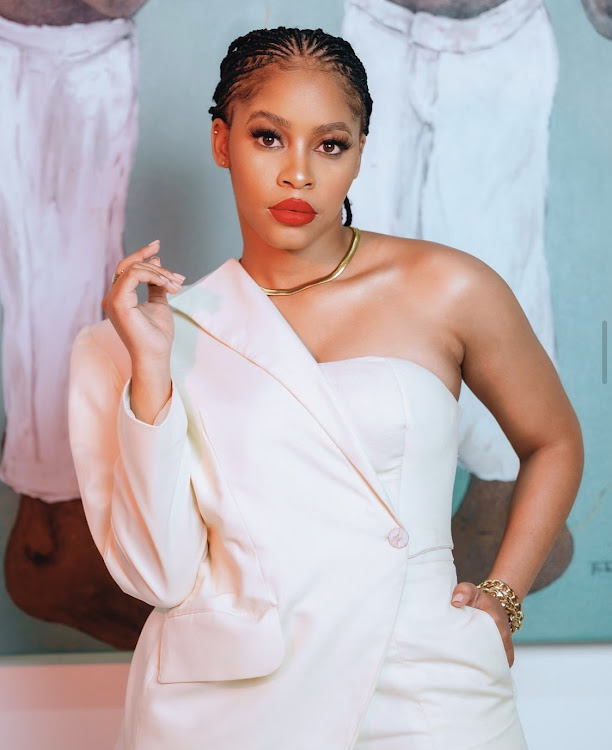 Since winning the hearts of viewers as the feisty Mazet on Mzansi Magic’s Gomora, actor Siphesihle Ndaba believes she’s more gifted in music than she is in acting.

The 24-year-old, who has impressively executed her feisty and dangerous role, grew up playing the trumpet at church, later upgrading to the trombone as a member of the Oprah Winfrey Leadership for Girls’ orchestra.

“I’ve been a creative my entire life… I grew up in music. I initially thought I’d spend my entire life making music as a composer like my grandfather who is a well-acclaimed composer. He was a part of the people who helped write our national anthem. So, I come from and grew up in a very creative space in terms of the arts,” she says.

“My plan was to go to Stellenbosch and study music but that didn’t happen ... I took the acting route. I would, however, like to believe I am a multifaceted individual.”

The Soweto-bred artist, who’s an Oprah Winfrey Leadership for Girls alumni, told Sowetan that prior to acting she had been fixated on honing her musical skills, so much so that she studied music, dancing and drama in grade 10.

“The first night of our performance, I remember having an epiphany and being like ‘Okay, I guess this is it, musicals are what I need to do. I enjoyed the thrill of it, I loved the pressure and being on stage and performing the character. From there I just auditioned for any musical role we had,” the budding actor says.

The reality TV star is talented and had the range so necessary for this role, says show-runner.
S Mag
1 month ago

Ndaba went on to credit and thank US media mogul Oprah Winfrey, who she considers her mentor, for sparking the desire to further her love for music through musicals.

“If it wasn’t for me attending the school, I would’ve never thought of being in a musical nor studied drama. We got exposed to different experiences to what one can do after school.”

While the character of Mazet is her first screen role, the Rhodes University Dramatic Arts graduate, says her first role was a theatre role in varsity where she played at the National Arts Festival.

“I wrote and directed a play at the National Arts Festival that was titled Skinned. I had written that in my third year at Rhodes. We had a protest that was called #AreYouReferenceList. The protest was to bring awareness to rape culture on campus.

“I also had a Q&A session after the play where students could raise their concerns or opinions regarding the play and the issues we faced.

Hot breakout stars to watch in pop culture next year

“Everything that I write is something that’s connected to me. So, if I see it around me or know someone who’s affected by something automatically it will affect me. Such inspires me to write or create something out of it.”

Considered as one of the new kids making waves in the television industry, Ndaba reveals that she first found her role as Mazet quite perplexing as she is feisty, tough and belonged to the gangsterism world.

“At the beginning, I auditioned for the other characters before Mazet. I later fell in love with how different she was from me. Because I love challenges, I told myself that I was going to nail portraying her role.

“I’ve always played roles where I was the love interest, damsel in distress but I’ve never played the role of a tough gangster, which I’m currently enjoying."

The telenovela has elevated the two rising stars to dizzying heights.
S Mag
1 month ago
Next Article