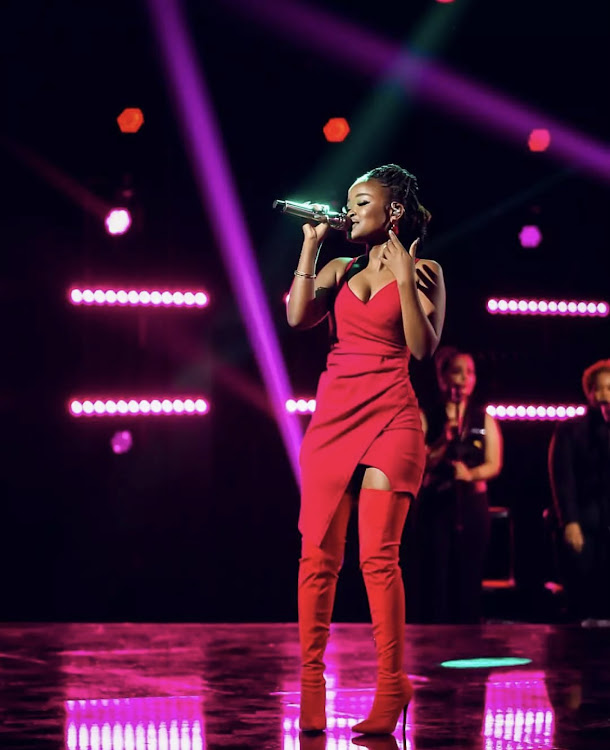 Karabo Mathe and Berry Trytsman now will face off in the finale on Sunday.

For 21-year-old S’22kile, who comes from Pietermaritzburg, she has managed to make a name for herself, especially with the release of her new single Falling.

“I'm sad but I am grateful for the experience. I made it to top three. Who would’ve thought," S’22kile said.

"I learnt quite a great deal about myself in the competition. I learnt that I am patient, strong and mature for my age based on my emotional intelligence when it came to being critiqued as a singer.

"I’ve learnt to take whatever that's said negatively into a positive light."

S’22kile's highlight on the show remained her audition day where she received four thumbs up from all four judges.

“That moment for me was way too big for me. I was not expecting it, but when it came I was so shocked that I actually got such great feedback regarding my singing,” she said.

Stemming from a family of singers, S’22kile said she remembered as young as four years old wanting to sing and be a star.

“My passion for music started when I was very young. My mother was and still is a musical teacher at a school I went to," S’22kile said.

"I started taking music seriously when I was in primary school; I’d enter and win the school singing competitions. I had my mom as my vocal coach who’d help me rehearse. Being surrounded by music made me realise that this is my calling.”

S’22kile's biggest takeaway from the competition is advice that came from judge Randall Abrahams, who told her to focus on the artist she becomes after the exposure she received from Idols SA.

“When I entered the singing competition, I really believed I’d get as far as I did. But now, the real work begins," S’22kile said.

"I plan to appeal to the international market with my sound. I have plans on becoming a very huge artist and probably collaborate with the likes of Amanda Black who fought to be the star she is today."

With a grown fan base, Maduna to chase more opportunities.
S Mag
4 weeks ago

"I want to win a few more hearts with my new music," the soulful singer shares.
S Mag
3 weeks ago

The 20-year-old singer came short of performing for the first time this season two songs as the competition advanced into the top 6.
S Mag
1 month ago
Next Article