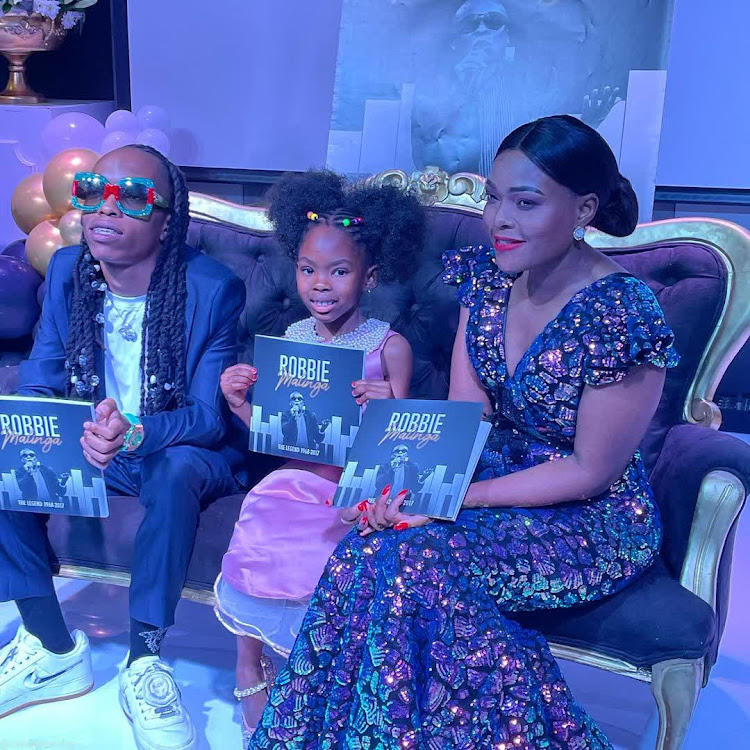 Robbie Malinga Junior on stage with his younger sister Zanokuhle and mother Ann at the launch of music icon and father Robbie Malinga's book.
Image: Supplied.

“I don’t want to leave my kids, they are too young and spoilt” read some of the words in late music icon Robbie Malinga’s tribute book that was launched at an intimate gathering in Rosebank, northern Johannesburg, last night.

Launched on what would’ve been the late icon’s 53rd birthday, friends and family gathered at Universal Music's offices to witness his widow Ann along with her two children, Zanokuhle and Junior, share their legacy project.

The launch of the coffee-table style book edited by renowned journalist, author and media specialist Lesley Mofokeng comes a month before the fourth anniversary of the legendary hitmaker's death.

“Penning down my memories about Robbie wasn’t a hard thing to do; the hardest part was sharing about the events that took place in 2017 up until the present moment," Ann told the guests.

"Talking about childhood and how we met wasn’t emotional for me… the emotional part was talking about when he had cancer and ultimately losing him.” 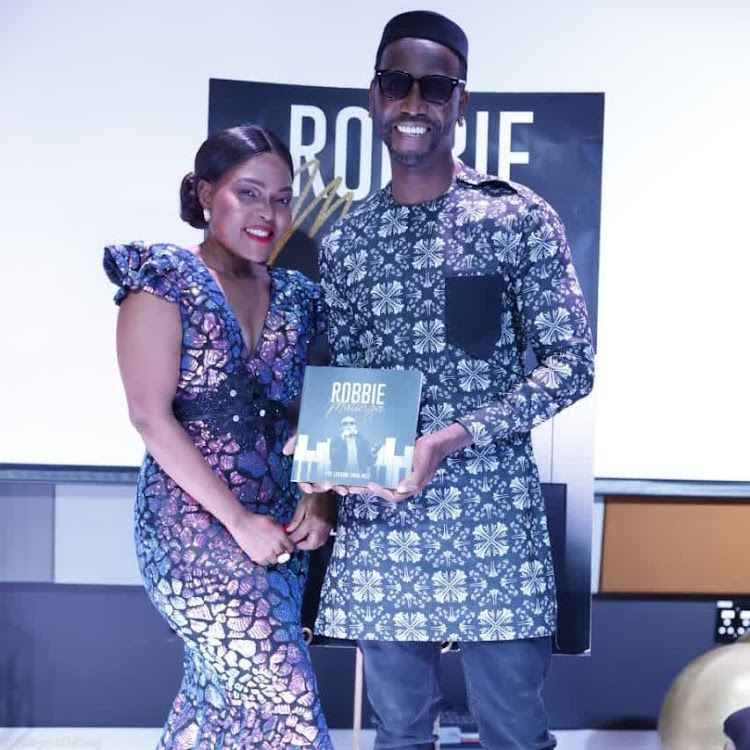 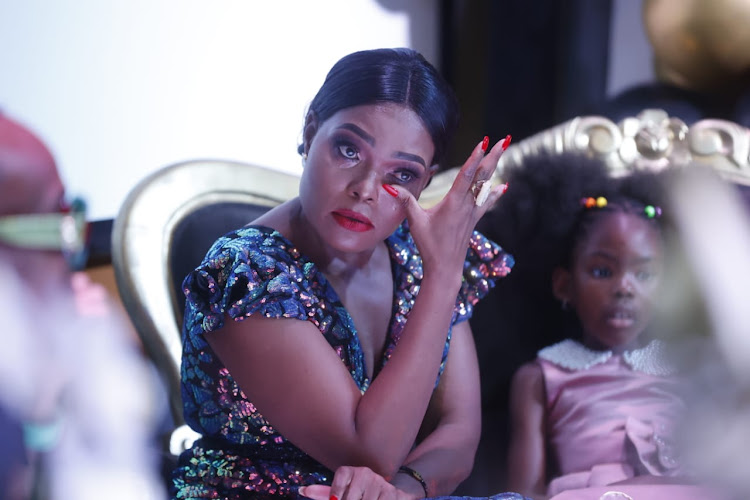 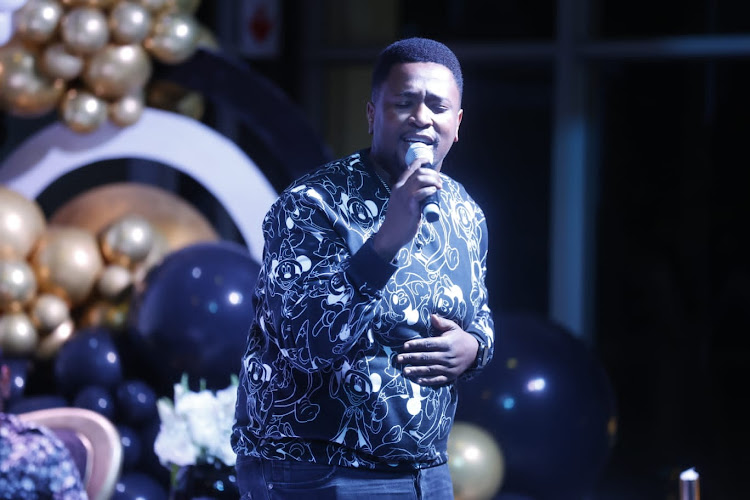 Ann explained that the memoir takes a journey back in time to the life of the music legend and what life has been like for those he left behind.

Speaking on his experience of editing the book, Mofokeng said the contributors in the book painted a mosaic of who Malinga was.

“Everyone in the book came with their own brush to paint a picture of someone who was seen as complicated, complex and probably misunderstood. They came together as a community and shared their long and short tales of who Robbie was which I found irresistible,” Mofokeng said.

Having been left with big shoes to fill after his father's death, Junior stood on stage and shared his gratitude to the people who have been there for his family since he lost his father. He further thanked his mother for being the strong woman she is.

Soulful singer Musa Sukwene, who was one of Malinga’s close contributors, performed some nostalgic tones that were synonymous with Malinga's name.

In honour of what would’ve been music icon Robbie Malinga’s 53rd birthday, his widow Ann Malinga launched a tribute book in his remembrance at an ...
S Mag
2 months ago

Star reflects on high notes, lessons of his career.
S Mag
2 months ago

With a grown fan base, Maduna to chase more opportunities.
S Mag
2 months ago
Next Article